The open letter stated that none of the signatories belonged to any political party. 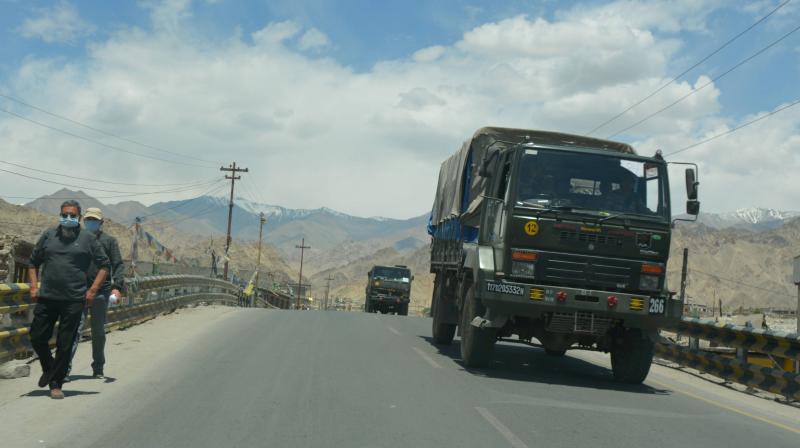 At a time when the situation in eastern Ladakh is heading towards normalcy after two months of standoff between the Indian and Chinese armies, 144 military veterans have written an open letter to the President, Prime Minister, the Chief of Defence Staff and the three military chiefs requesting urgent attention on several points of concern in the military.

Among of the 144 signatories of the open letter are Admiral Laxminarayan Ramdas, Lt Gen Suresh Samarth and Lt Gen Narendra Aul.

Stating that none of the signatories belonged to any political party, the open letter read: "The loss of twenty Jawans, including the CO, Colonel Santosh Babu, on June 15/16 in the Galwan valley is deeply disturbing and raises many questions".

The open letter claimed that intelligence failure could have been the biggest reason for the Galwan Valley standoff that killed 20 Indian soldiers. "While we accept that failures can happen in any system, in the current instance either our intelligence system was found wanting, or the intelligence which it obtained did not reach the field units in time," the letter said while urging the government to revamp the intelligence system.

The open letter also stated that the Centre and the Indian Army should have issued a formal statement about the Galwan clash to rumours and speculations to rest. "We therefore urge that in the event of such future situations, only formal statements be issued so that the Indian public is not confused and the aggressor nation does not gain political advantage," it read.

The military veterans urged the Centre to constitute a fact-finding body to investigate the incursions and encroachments by the PLA in Aksai Chin, Ladakh, Arunachal Pradesh and along the Tibet border, adding that the report should be tabled in the Lok Sabha in a time-bound manner.

The open letter urged the Centre to stop the overdependence on the Army for maintaining internal security, clearly hinting at the Army's active role in curbing militancy in Kashmir and the North East. Moreover, it also pointed out that CAPFs, that is the paramilitary, were deployed in border areas that needed to be under the Army's charge. The open letter, thus, demanded a rationalisation of the policy.

However, in a more significant statement, the military veterans urged the Union government to focus on finding a political solution for India's external and internal security matters. Indirctly, they meant that India should find a diplomatic solution to the Jammu and Kashmir and the LAC issue and resolve the insurgency in the North East and the jungles of Central India, i.e., Naxalism, by involving all political stakeholders.

"Political solutions have not been sought in the past, but now need to be arrived at, because continuous deployment of the military can never be a long-term solution," they said.

The open letter stated that India would need a national policy and strategy on dealing with the immediate neighbourhood as well as distant nations. It added that successive governments ignored the formulation of such a policy.

"Having an over-arching national policy and strategy will reduce casualties among our troops, which occur due to the heightened risk of being reactive to conflict situations created by China or Pakistan," the letter read.

Interestingly, the open letter mentioned the Henderson Brooks-Bhagat Report, which reportedly exposed the lacuane in the political-military leadership in the run up to and during the 1962 War with China. The report is still classified and the open letter urged the government to release it into the public domain.

"The military-bureaucratic-political system and the public can learn from the mistakes of the past. There can be no sensible reason for this Report remaining secret even after 57 years," the letter read.