Report on Kashmir not even fit for consideration by UNHRC members: India

Pakistan raked up the issue of Jammu and Kashmir at a UN session on Monday, the third time it did so in as many weeks. 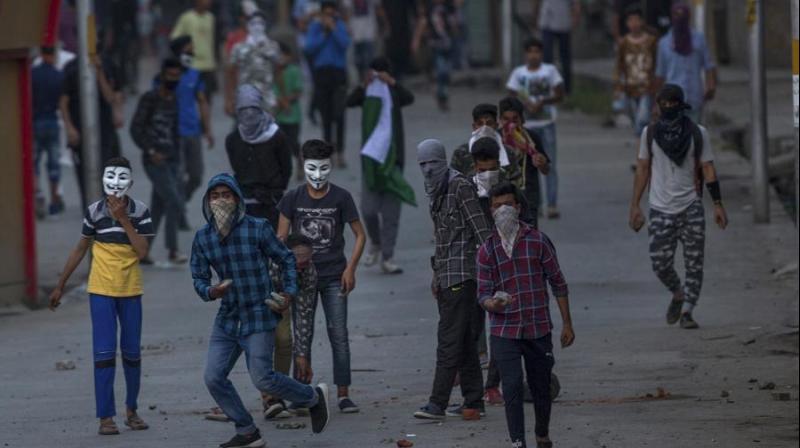 India hit back, saying there has been yet another attempt by Pakistan to misuse the UN forum by referring to situations that are extraneous to the discussions. (Photo: Representational | AP)

United Nations/New Delhi: Reacting angrily to Pakistan’s reference to a UN report on Kashmir at the Security Council, India has said the “so called” report reflects “clear bias” and was not even found fit to be considered by the members of the human rights body where it was submitted.

Pakistan raked up the issue of Jammu and Kashmir at a UN session on Monday, the third time it did so in as many weeks.

India hit back, saying there has been yet another attempt by Pakistan to misuse the UN forum by referring to situations that are extraneous to the discussions.

Pakistan’s Permanent Representative to the UN Maleeha Lodhi referred to the June 14 report on Kashmir and Pakistan-occupied Kashmir by UN High Commissioner for Human Rights Zeid Ra’ad Al Hussein during a Security Council debate on Children and Armed Conflict.

India’s Deputy Permanent Representative to the UN Ambassador Tanmaya Lal, in a scathing reply, said the “so-called” report about the Indian state of Jammu and Kashmir reflects the “clear bias of an official who was acting without any mandate whatsoever and relied on unverified sources of information.”

He said the report “was not even found fit to be considered by the membership of the forum where it was submitted.”

India had rejected the human rights report by Zeid Ra’ad, who had called for a commission of inquiry by the Human Rights Council to conduct a an independent, international investigation into allegations of human rights violations in Kashmir.

With Pakistan repeatedly raking up the Kashmir issue at various UN sessions and platforms, Lal said such attempts distract the discussions away from the issues at hand.

“Such deliberate self-serving attempts by Pakistan seek to obfuscate the reality of their own use of terror organisations to undermine state sovereignty...Such attempts have not succeeded in the past in any forum and will not do so now,” Lal said.

This was the third time in as many weeks that Pakistan raked up the Kashmir issue at the UN. India had strongly rebutted Pakistan’s reference to Kashmir at UN General Assembly debate on June 25, asserting that no amount of “empty rhetoric” by Islamabad will change the reality that Kashmir is an “inalienable” part of India.

Last week, India described Pakistan as a “hub of terrorism” in South Asia and beyond, saying “cynical” attempts by it to spread a false narrative about Kashmir have been unsuccessful after Pakistan made a reference to Kashmir.