Elimination of Maoist cadre rose by 65%; Naxal surrenders up by 185%. 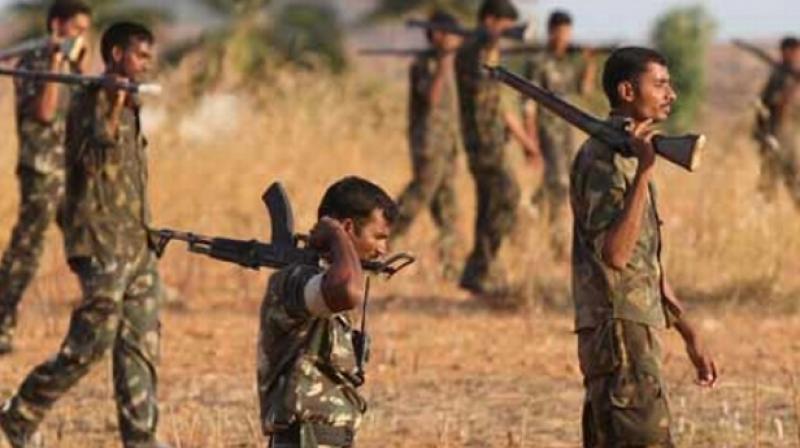 According to data by the Union home ministry, those killed include 9,300 civilians who were either killed by the Naxals, who labelled them as “police informers”, or who were victims in crossfire. (Representational image)

New Delhi: At least 12,000 people have lost their lives in Maoist violence over the past two decades, and of these, 2,700 were security personnel.

According to data by the Union home ministry, those killed include 9,300 civilians who were either killed by the Naxals, who labelled them as “police informers”, or who were victims in crossfire. However, the violence perpetrated by the Naxals has declined by 25 per cent in the past three years, notwithstanding occasional reverses suffered by the security forces.

There has been a decline of 25 per cent in leftwing extremism-related violence and casualties to security forces dropped by as much as 42 per cent during May 2014-April 2017, as compared to May 2011-April 2014, sources in the home ministry said.

The April 24 assault on a CRPF road opening party that claimed lives of 25 personnel was the deadliest since the April 2010 attack in Dantewada, Chhattisgarh, in which 76 personnel were killed.

The elimination of Naxal cadres rose by a sharp 65 per cent and the surrenders by the extremists recorded 185 per cent increase, sources said. The home ministry officials said, currently, 90 per cent of Maoist activities were limited to 35 districts, though they have a hold over pockets in 68 districts in 10 states. 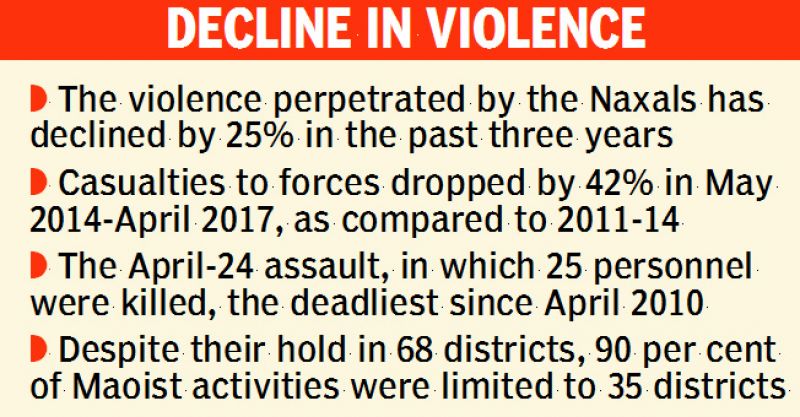 To tackle the menace of leftwing extremism, the central government has launched the National Policy and Action Plan, comprising plans of security, development and ensuring rights and entitlements of the local communities.

A total of 5,412-km of additional roads were approved for construction in nine Naxal-hit areas at a cost of Rs 11,725 crores. While 2,187 mobile towers were installed for improving telephone connectivity in remote areas, 2,882 more are in the process of installation. Altogether, 358 new banks were opened, 752 ATMs were installed and 1,789 post offices were approved in these Maoist-affected states as part of the Centre’s plans to improve financial inclusion in 35 worst-hit districts.