India   All India  10 Jul 2017  Mumbai: Man masturbates at girl on train, helpline staff laughs at her
India, All India

Mumbai: Man masturbates at girl on train, helpline staff laughs at her

According to the online post, the offender got off at the next station and threatened the victim with rape. 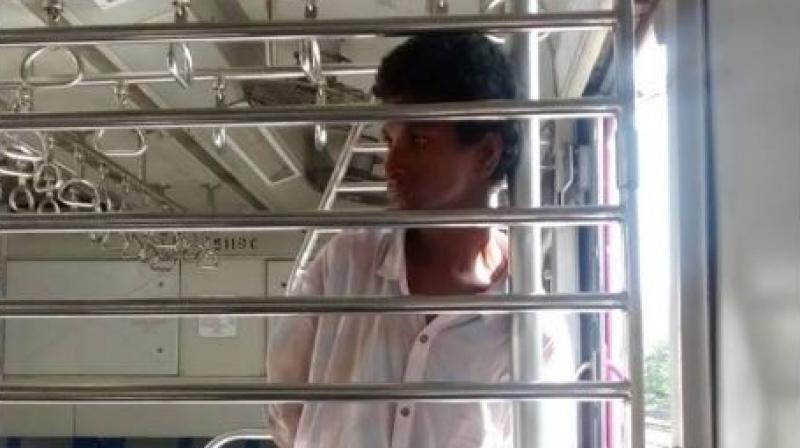 The man even made attempts of boarding onto the ladies compartment but other women co-passengers retaliated and made him back off. (Photo: Facebook)

New Delhi: Yet another incident of sexual harassment surfaced as a 22-year-old student from Mumbai shared her traumatic experience of calling on a women helpline number in immediate need.

According to a report in The Indian Express, Pooja Nair was on the ladies coach of a Mumbai local one afternoon when she suddenly noticed a man waving at somebody from the adjacent compartment through the rods. On looking up and making co-incidental eye contact, the man started hurling abuses at Pooja.

In distress, the victim called on the women helpline number but the authorities concerned did not take her seriously. Pooja wrote in her post how she provided the person with details of the incident. Her train was about to reach Kandivali and she conveyed the time and compartment number to the person on the phone. Instead of taking stringent action, he laughed and later disconnected the call.

According to the online post, the offender got off at the next station and threatened her with rape. The man even made attempts of boarding onto the ladies compartment but other women co-passengers retaliated and made him back off.

Pooja’s post went viral on social media with people raising doubts over the authenticity of helpline numbers that refuse to understand the severity of a situation. Many Facebook users shared their harrowing experiences as well.

The Western Railway has made promises to probe the matter after the post on social media went viral. “We have to check which helpline the woman commuter made the call to. There are two helpline numbers — one is railway police and the other is Railway Protection Force (RPF). We will talk to the woman”, DCP Purushottam Karad told the Times of India.

Despite law enforcement bodies adopting measures like free helplines and SOS alert apps, sexual harassment against girls and women is a regular phenomenon. Many of these numbers do not work or fail to extend support in times of distress.