As many as 3.38 crore students enrolled in programmes at under-graduate and post-graduate level 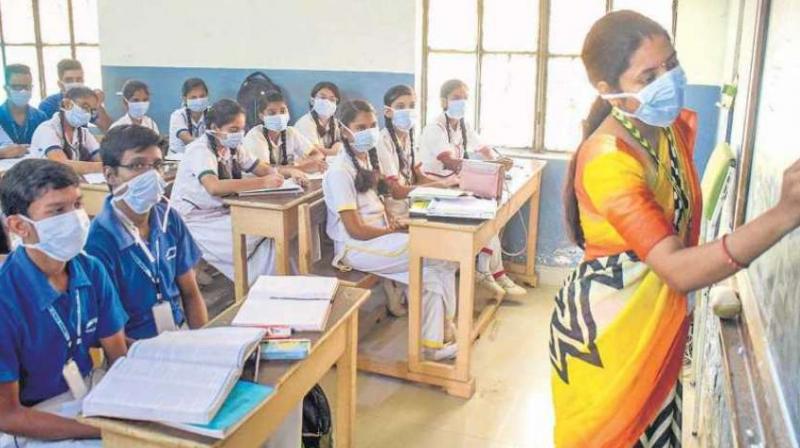 New Delhi: Over the last five years from, there has been a growth of 11.4 per cent in the student enrolment in higher education with an increase of 18.2 per cent in female enrolment, according to the All India Survey on Higher Education (AISHE) 2019-20.

Union Education Minister Ramesh Pokhriyal on Thursday approved the release of the report of AISHE 2019-20, which provides key performance indicators on the current status of Higher education in the country.

According to an official statement Pokhriyal said: "In the last five years from 2015-16 to 2019-20, there has been a growth of 11.4 per cent in the student enrolment. The rise in female enrolment in higher education during the period is 18.2 per cent."

Pokhriyal emphasized that the continuous focus given by the government under the leadership of Prime Minister Narendra Modi on education of girls, women empowerment and empowerment of socially backward classes are well reflected by the increased participation of women, SCs and STs population in Higher Education as shown by the report.

Secretary, Higher Education Amit Khare said, "This report is the tenth in the series of AISHE annually released by department of Higher Education. The continuous rise in the enrolment, number of institutions, gender parity is a part of our country's major move towards improving access, equity and quality in light of National Education Policy 2020."

"Gender Parity Index (GPI) in Higher Education in 2019-20 is 1.01 against 1.00 in 2018-19 indicating an improvement in the relative access to higher education for females of eligible age group compared to males," the report said.

It further stated that the Pupil Teacher Ratio in Higher Education in 2019-20 is 26.

As many as 3.38 crore students enrolled in programmes at under-graduate and post-graduate level. Out of these, nearly 85 per cent of the students (2.85 crore) were enrolled in the six major disciplines such as Humanities, Science, Commerce, Engineering and Technology, Medical Science and IT & Computer.