India   All India  10 Jun 2019  Wife of the journalist arrested for post on UP CM moves SC, hearing tomorrow
India, All India

Wife of the journalist arrested for post on UP CM moves SC, hearing tomorrow

A man was arrested in Gorakhpur for allegedly ‘defaming’ UP CM on social media on Sunday. It was fourth arrest in 3 days. 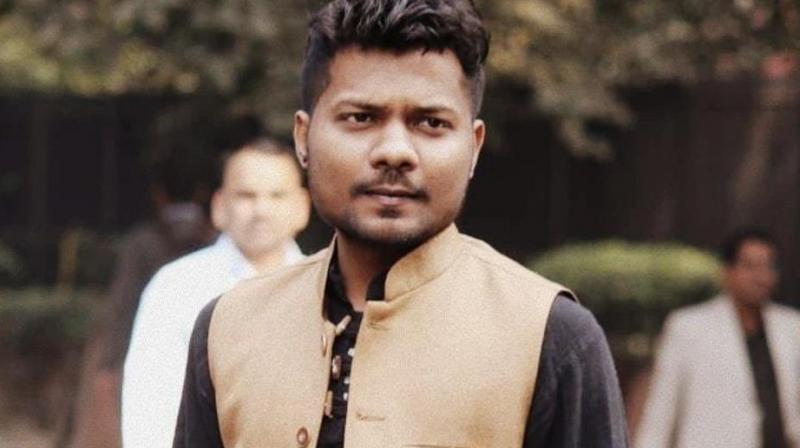 New Delhi: The wife of Delhi-based freelance journalist Prashant Kanojia has moved the Supreme Court for his release. The Supreme Court, however, has decided to hear the matter on Tuesday.

The petition claims that necessary legal guidelines were not followed during the arrest and therefore it is illegal.

Her lawyer told the court that Kanojia was "unceremoniously arrested by the UP police and it is illegal. Please take up the case today itself."

Prashant Kanojia, a freelance journalist, was arrested by Uttar Pradesh police in Delhi on Saturday for a tweet that had “objectionable comment” on Adityanath.

Kanojia was arrested after a complaint was filed alleging that he tried to “malign” the Chief Minister’s image. He had shared a video on Twitter and Facebook of a woman speaking to reporters outside Adityanath’s office, claiming that she had sent him a marriage proposal.

Senior superintendent of police (SSP) of Lucknow, Kalanidhi Naithani, said the initial probe provided evidence against Kanojia under Section 505 of IPC for making, publishing or circulating false statements, report or rumour and under Section 67 of the Information Technology Act for transmitting obscene material in electronic form.

A man was arrested in Gorakhpur for allegedly ‘defaming’ Uttar Pradesh Chief Minister Yogi Adityanath on social media on Sunday. This was the fourth arrest in the last three days.

On Saturday, a freelance journalist, an editor of TV channel and its owner were arrested over the contents that were considered objectionable against the Uttar Pradesh Chief Minister.

The arrests sparked a huge debate on social media on freedom of expression and top editor’s body in the country calling it an “effort to intimidate” the media.

The police on Sunday evening tweeted about the fourth arrest after a complaint against the man was received on Twitter. He was held for posting “objectionable content” on the CM. The mobile phone was also seized at the time of the arrest.

On Sunday, the police added fresh charges against Prashant Kanojia. The police also sealed the premises of the private TV news channel in Noida for allegedly running without a license, a day after arresting the head and its editor.

Officials said that documents showed the channel had a licence for ‘Network 10’ and not ‘Nation Live’, making it illegal. A separate case was registered under various sections of the IPC.

Apart from Kanojia, Ishika Singh, who heads private news channel Nation Live and Anuj Shukla, its editor were arrested, in Noida on Saturday. On June 6, during a debate on the channel, the woman, whose video Kanojia shared, had allegedly made defamatory remarks against the state CM.

The Editor's Guild of India has condemned the action against the media-persons and called it "an effort to intimidate the press, and stifle freedom of expression".

“We express our collective outrage at the manner in which Prashant Kanojia, Ishita Singh and Anuj Shuklahave been arrested by UP Police,” Indian Women’s Press Corps, Press Club of India, South Asian Women in the Media Press Association said in a joint statement.