He has composed about 20 songs so far and uploaded them on social media. 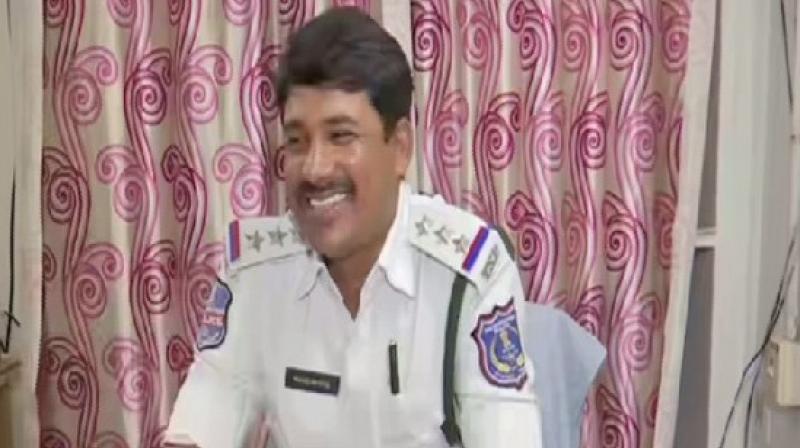 Hyderabad: A traffic police officer who has been in service for over nine years, has found a way to resonate with people, literally singing his way into hearts by spreading awareness among people on social evils and crime!

A Nagamallu, a Telangana traffic cop has not only grabbed the attention of the people in both the Telugu speaking states of Telangana and Andhra Pradesh but also earned praises from people and higher officials for his feat.

"Since 2012, I have been composing songs on different types of crimes. The present generation is more attracted towards entertainment, therefore I thought this was the best way to create awareness among people on different social evils," Traffic Inspector LB Nagar, A Nagamallu told ANI.

While he is not directing traffic, Nagamallu composes songs. He says he has composed about 20 songs so far and uploaded them on social media.

"I have composed about 20 songs and have uploaded them on social media platforms like Facebook and YouTube. I am helped by a team of twenty-one members in this, who are all youngsters. My inspiration for this has been commissioner of police Mahesh M Bhagwat, who has always made sure, that he is always there to guide me in composing songs," says Nagamallu.

The traffic police official further said, "There has been a positive response from the people on this initiative. People from both the Telugu speaking states have appreciated the songs, which went viral on social media. The most appreciated songs were regarding the menace of fake news on social media and a song with the theme motivating the youngsters to join uniform services."

"My next target is to reach out to all the people in the country and spread awareness through this little initiative. I am presently working on two more songs which will be released shortly" says Nagamallu.