India   All India  10 Jun 2019  PM to meet secretaries of all ministries today, likely to outline priorities of govt
India, All India

PM to meet secretaries of all ministries today, likely to outline priorities of govt

Besides about 100 top bureaucrats, few key ministers are expected to attend the meeting which sources said will be freewheeling discussion. 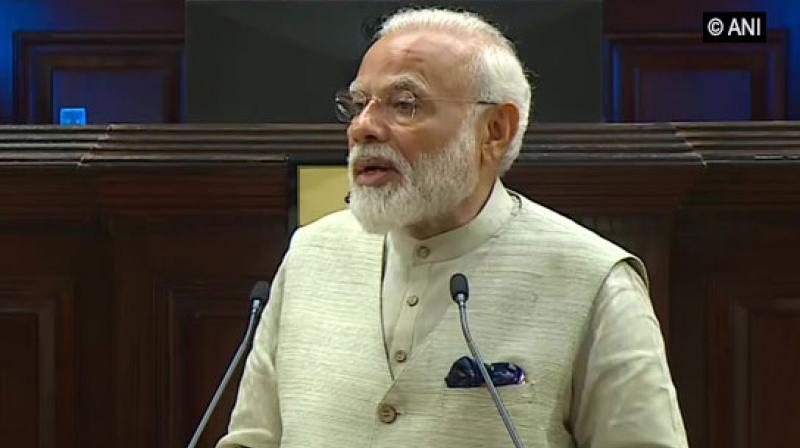 The meeting is scheduled to be held at 6:30 pm at the Prime Minister's residence at 7 Lok Kalyan Marg. (Photo: File)

New Delhi: Prime Minister Narendra Modi has called a meeting of all secretaries on Monday, where he is likely to outline priorities of his government, sources said.

Besides about 100 top bureaucrats, a few key ministers are expected to attend the meeting which the sources said will be a freewheeling discussion.

During the meeting, Modi is expected to outline the agenda of his government while at the same time he will also take feedback from the top officials, sources said. A similar meeting was held in 2014 after Modi assumed charge as prime minister in his first term. He has been meeting secretaries of various ministries at regular intervals.

In Modi's previous tenure, the PMO had formed eight group of secretaries on various subjects to suggest reforms in governance. He has also been interacting with various state chief secretaries on a monthly basis.