Vishal, son of main accused Sanji Ram has been acquitted in the case. 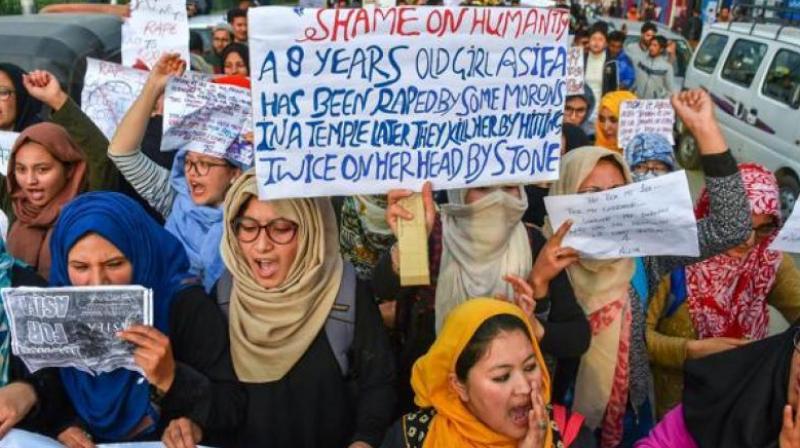 The incident witnessed widespread protests across the country. (Photo: File)

New Delhi: The Pathankot court on Monday convicted six of the seven accused in Kathua rape and murder case.

Vishal, son of main accused Sanji Ram has been acquitted in the case.

Those convicted may face a minimum sentence of life imprisonment and a maximum of death penalty.

Quantum of punishment will be announced later on Monday.

According to the 15-page charge sheet, the eight-year-old girl, who was kidnapped on January 10 last year, was allegedly raped in captivity in a small village temple in Kathua district after having been kept sedated for four days before she was bludgeoned to death.

The day-to-day trial commenced in the first week of June last year at the district and sessions court in Pathankot in neighbouring state of Punjab, about 100 km from Jammu and 30 km from Kathua, after the Supreme Court ordered that the case be shifted out of Jammu and Kashmir.

The incident witnessed widespread protests across the country.