Locals also blame repeated monsoon failure for the condition in the city. 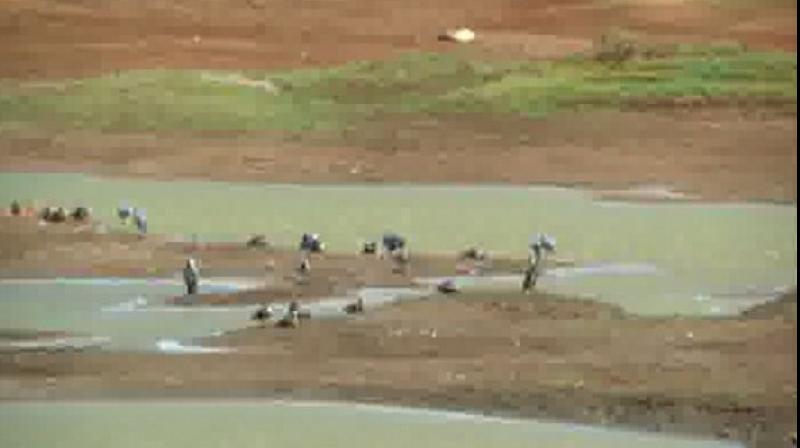 Due to the heatwave in Coimbatore, more than 10 out of 20 tanks around the city have become dry. (Photo: ANI)

Locals also blame repeated monsoon failure for the condition in the city.

"We have been witnessing monsoon failure for the past three seasons, we urge the government to clean all ponds, tanks and construct more check dams to save water during rains," Abdul Jaffar, a local resident told ANI.

Environmentalist Syed said that this was the worst crisis the city had witnessed and that people were eagerly waiting for the south-west monsoons to provide some relief.

Due to the heatwave in Coimbatore, more than 10 out of 20 tanks around the city have become dry. Cattle, birds and stray animals are the worst hit due to non-availability of water.

Members of the tanks protection movement said that in the wake of the drought-like situation, groundwater table has gone deep to 800-1000 feet in the rural areas.