India and France worked closely to get Azhar designated, especially after Pulwama attack which killed 40 CRPF personnel in J&K on Feb 14. 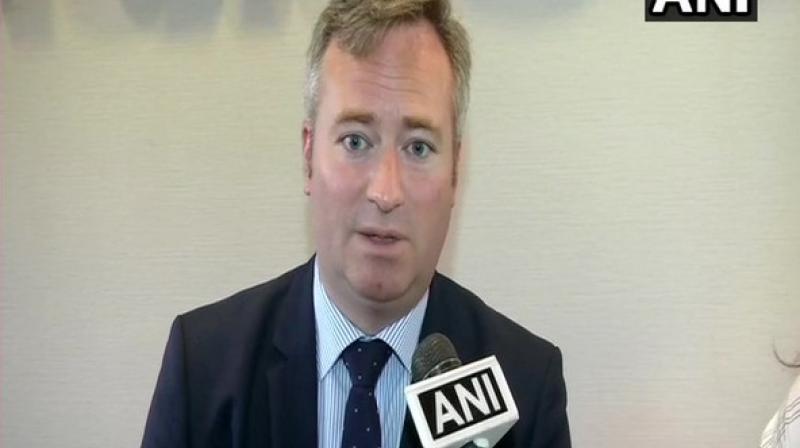 New Delhi: France stands alongside India in the fight against terrorism and terror financing, said French Minister of State for Foreign Affairs, Jean-Baptiste Lemoyne, during his official visit to New Delhi on Monday.

Speaking on the recent designation of Jaish-e-Mohammed (JeM) chief Masood Azhar as a global terrorist, the French Minister told ANI, "The fight against terrorism is our priority. France stands alongside India in this fight and I think we must address different things – cyber security, for example, is crucial (so is) the fight against financing terrorism as I mentioned previously.”

“It's an everyday fight and I can say that we (India-France) have a strong relation in that field," he added.

India and France worked closely to get Azhar designated, especially after the Pulwama terror attack which killed 40 CRPF personnel in Jammu and Kashmir on February 14.

Following this dastardly attack, India launched extensive diplomatic efforts to get Azhar designated as a global terrorist, which finally became a reality on May 1 when China lifted its technical hold on a proposal introduced by the US, the UK, and France in the 1267 Committee of the UN Security Council.

"France is very committed at an international level to fight against terrorism and financing terrorism...We also know that India is very committed and we're very happy about that. A conference will be held in Australia which will show how the Indo-Pacific area is crucial to fight against the financing of terrorism," the minister said when asked about the Financial Action Task Force (FATF) not being impressed with Pakistan's efforts in combating terror financing.

He also spoke about Prime Minister Narendra Modi's upcoming visit to France for the G7 meeting.

"President Emmanuel Macron and Prime Minister Narendra Modi have a strong relationship personally and there's a lot of mutual respect," the minister said while outlining that Macron was "very happy" inviting Modi to France in August.