Later, 14 of them reached Pak via Wagah border and were received by the Evacuee Trust Board. 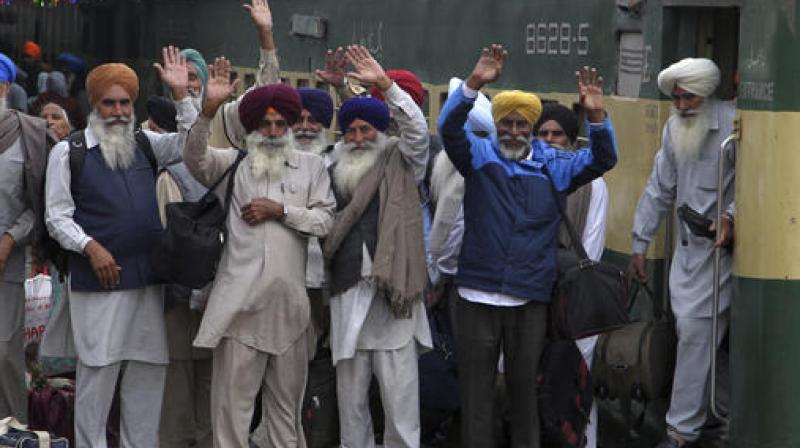 At least 96 Sikh pilgrims were issued visas of a special train by the Pakistani High Commission in New Delhi. (Photo: AP)

At least 96 Sikh pilgrims were issued visas of a special train by the Pakistani High Commission in New Delhi. However, when they reached the Attari railway station Indian authorities refused to permit them to travel citing the pilgrims were less in number and they couldn’t be sent via special train, said an official.

Responding to the situation, Pakistan sent Samjhota Express to the Attari station but met with resistance, and returned empty as the Indian authorities adopted stance that the pilgrims have been issued visas of the special train and not Samjhota Express. Later, at least 14 of them arrived in Pakistan through Wagah border and were received by the Evacuee Trust Property Board (ETPB) officials.

Following the schedule, the pilgrims departed for Gurdwara Panja Sahib, Hasan Abdal, by a special bus under tight security. They will stay in Lahore till June 9 and will travel to Gurdwara Janam Asthan Nankana Sahib on June 10. After two days, the pilgrims will visit Gurdwara Sacha Soda Farooqabad and will return to Nankana Sahib afterwards. Next day, the special train will take them to Gurdwara Dera Sahib in Lahore where they will attend the main ceremony on June 16.

The Sikh pilgrims will return to India on June 17.