India   All India  10 Jun 2017  Film on the engineer who rescued trapped miners on cards
India, All India

Film on the engineer who rescued trapped miners on cards 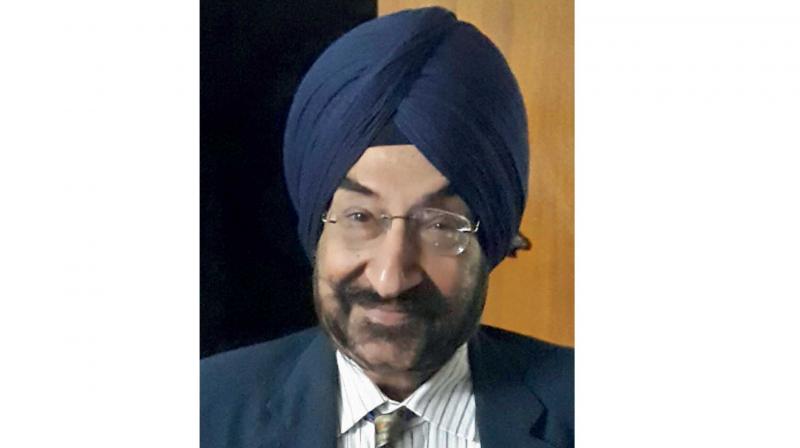 Chandigarh: After making movies on some famous characters from Punjab like Milkha Singh and Brigadier Kuldeep Singh Chandpuri (played by Sunny Deol in Border), Bollywood is all set to make a movie on another lesser-known real life hero from Punjab — engineer Jawant Singh Gill, who evacuated 65 people who were stuck inside a coal mine.

Bollywood actor Ajay Devgn’s company Ajay Devgn Films Ltd has already signed a contract with Jaswant Singh Gill and taken the rights for the movie. The movie will be based on real life events of rescue operation inside the coal mine. Confirming the development, Jaswant Singh Gill, who is now settled in Amritsar after retiring from Coal India Ltd, confirmed that a contract has been signed for the movie with Devgan’s company.

Recalling the incident, Mr Gill, a mining engineer posted at Raniganj at that time, says that the incident is “etched in my mind and I remember it vividly”. He remembers that on November 13, 1989, they got an information that a mine has been flooded with water and 230 people were working inside it at that time.

The incident was trigged when someone touched the upper seam of the mine accidently and water started gushing into the mine at great speed.

Although many people jumped onto the lift and came out, however, the lift could not enter the mine again as it was filled with water.

Six people drowned in the flooding and 65 people were left trapped inside the mine which was slowly filling with water. 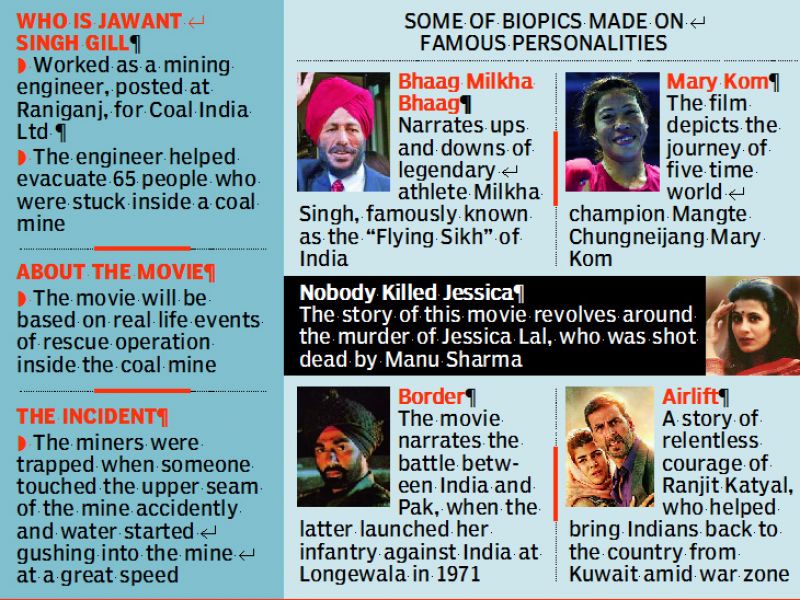 Four teams were formed for the rescue operations. One team came with an idea to a dig a parallel tunnel and join it with the mine. As this would take months to complete, the idea was dumped.

The second team decided to reach the mine through the route from where the water was seeping in. However when they reached the spot, they had to drop the plan as the water current was too strong.

It was during this time that a team, headed by Jaswant Singh Gill, came up with an idea to make a steel capsule which could carry one person at a time. They decided to send the capsule through the borewell hole and the plan was given a go ahead.

Before this, such an attempt was never made anywhere in world, Mr  Gill recalls.

Although the capsule was ready the very next day, there was one major problem: nobody was willing to descend down the capsule to the mine to explain the plan to the people trapped.

However, Mr Gill volunteered for the rescue mission.

When Mr Gill reached the mine, it was almost like walking in a swamp. Mr Gill assured each of the trapped persons that they will be rescued and that he would be the one to go in the last.

After six hours of operation, Mr Gill and his team managed to rescue all the 65 people from the mine and, as promised, he was the last one to come out of the mine.