India   All India  10 May 2020  Send back quarantined Tablighi members to their homes: Delhi government
India, All India

Send back quarantined Tablighi members to their homes: Delhi government

As man as 567 foreign attendees of the congregation held in Delhi's Nizamuddin area in March, will be handed over to the police 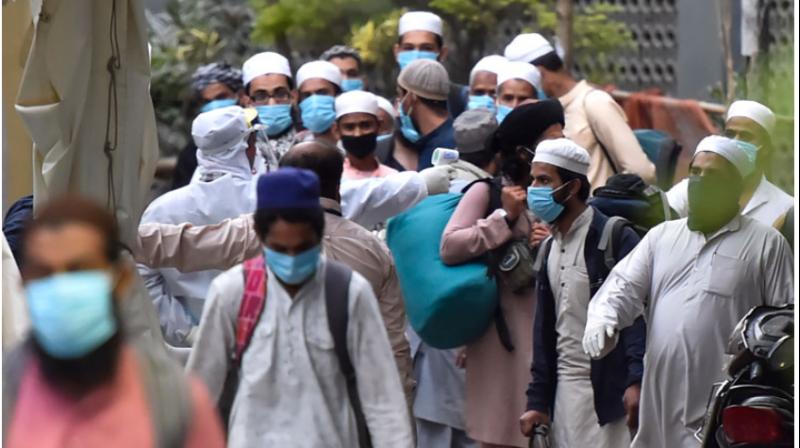 New Delhi: The Delhi government has asked district magistrates to release 2,446 Tablighi Jamaat members from quarantine centres and ensure that they do not stay in any other place except their homes.

The district magistrates will explore the possibility of sending those Tablighi members, who belong to other states, in buses to their designated places in accordance with social distancing norms and other protocols, DDMA Special CEO K S Meena said in a letter to deputy commissioners (administration).

As man as 567 foreign attendees of the congregation held in Delhi's Nizamuddin area in March, will be handed over to the police, Meena said.

"They (foreign Jamaat attendees) will be handed over to police in connection with several violations like visa violation," a government official said on Saturday.

Delhi Home Minister Satyendar Jain had recently ordered the release of Tablighi members who have completed their required quarantine period in centres and tested negative for COVID-19.

"Out of such people belonging to Delhi, who could be released as per prescribed guidelines should be issued passes to travel from the quarantine centres.

"Under no circumstances, the aforesaid persons should be allowed to stay in any other places  including mosques," Meena said in the letter.

In respect of those Tablighi members belonging to other states, it should be ensured by the nodal officer and the area ACP that such people reach their place of residence, he also said.

"The DC should also inform the respective resident commissioner of their states in respect of each and every movement of such persons from Delhi," the Delhi Disaster Management Authority (DDMA) Special CEO said.

Thousands of Tablighi Jamaat members had been taken out of its Markaz (centre) in Nizamuddin, where they had gathered for a religious congregation, and quarantined as the area became a major hotspot after a number of members tested positive for coronavirus.

On March 31, the Delhi Police's Crime Branch had lodged an FIR against seven people, including Maulana Saad Kandhalvi, on a complaint by Station House Officer, Nizamuddin, for holding the congregation.