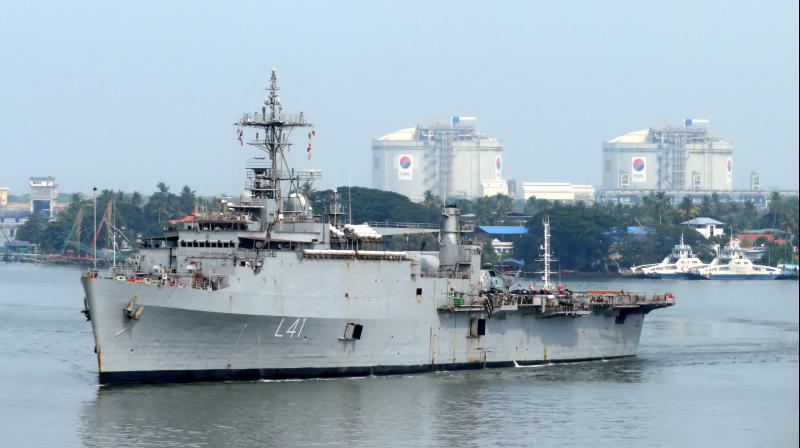 All passengers repatriated by the warship will be shifted to quarantine centres for which ambulances, state transport buses and taxis have been arranged. Those from other states will also be quarantined in Kochi for 14 days while the Keralites will be sent to the isolation centres in their native districts. Kochi city police commissioner IG Vijay Sakhare is coordinating the operations.

Passengers with Covid 19 symptoms are being disembarked first followed by others in small groups. Thermal screening of passengers is being carried out by the Port health organisation. Symptomatic persons will be immediately shifted to hospital. Arrangement has also been made for distribution of SIM cards by BSNL and installation of Arogya Setu app in mobile phones of passengers.

The arrangements are being coordinated by the district administration, Police and health department authorities.

As part of Operation Samudra Setu, another naval ship INS Magar will evacuate more than 200 Indians from Maldives. They will be brought to Tuticorin port in Tamil Nadu, said Sunjay Sudhir, India’s High Commissioner in the Maldives according to reports by national media. The evacuation exercise will continue in next week.