India   All India  10 May 2020  ISIS magazine tries to instigate Indian Muslims on CAA-NRC
India, All India 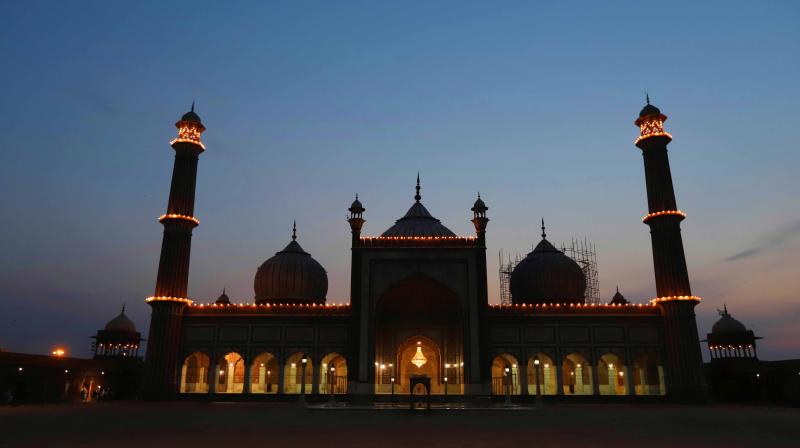 New Delhi: The terror group ISIS has stepped up its India-specific propaganda aimed at stoking a sense of injustice among Indian Muslims in the context of recent issues and instigating them to pick up weapons.

In the latest edition of its online magazine `Voice of Hind’, a magazine specifically aimed at Muslims in India, ISIS has tried to make a case out of the unrest over the  Citizenship Amendment Act (CAA), National Register of Citizens (NRC) and highlighted the atrocities against Muslims by vigilante groups in recent months.

While ISIS has vast plans in South Asian region, it has thus far not had much influence in India except for a few stray individual cases of radicalization and formation of some modules, which were quickly busted by the security agencies. However, this is the first time that an online ISIS publication with specific focus on India has surfaced, for which an organization called Al-Qitaal Media Centre by Junudul Khilafaah al-Hind, identifying itself as a pro-ISIS group, has taken credit. The propaganda has been tracked by security agencies on various platforms like Rocket Chat, pdfhost, Internet Archive, Mediafire and Nextcloud.

“Indian Muslims are the target audience for Voice of Hind magazine, of which there are currently three issues. The magazine attempts to appeal to Indian Muslims by trying to make a case for ISIS, comparing violence against Muslims in India to the losses suffered by ISIS in Iraq and Syria, and portraying Indian governmental policy as anti-Muslim. The magazine seeks to inculcate a sense of injustice that can be rectified through violence,” a researcher at the Counter Extremism Project which tracks extremists in South Asia told this newspaper.

The first two issues of Voice of Hind, released on February 24 and March 25, had focused on the Jammu & Kashmir issue and violence against Muslims in other parts of India.

The third issue of the magazine, uploaded on April 22, contains an article headlined ‘Call towards Tawheed and Jihad’ which states that recent constitutional changes in India are meant to deprive Muslims of their rights. It says the only purpose of the CAA was to make Muslims understand that things are working towards making India a Hindu nation.

“They (Hindus) wanted to show you the police are for them, the courts are for their benefit and they are only there to torture and persecute the Muslim community. Did the methods of voting and protests (anti-CAA) work for you? Have the courts and legislators (from) whom (you) seek help besides Allah done you any good,” the magazine asks. The pro-ISIS group encourages attacks using knives, axe, hammers, heavy objects, petrol bombs, choking through rope or belts or using vehicles as weapons to cause fatality.