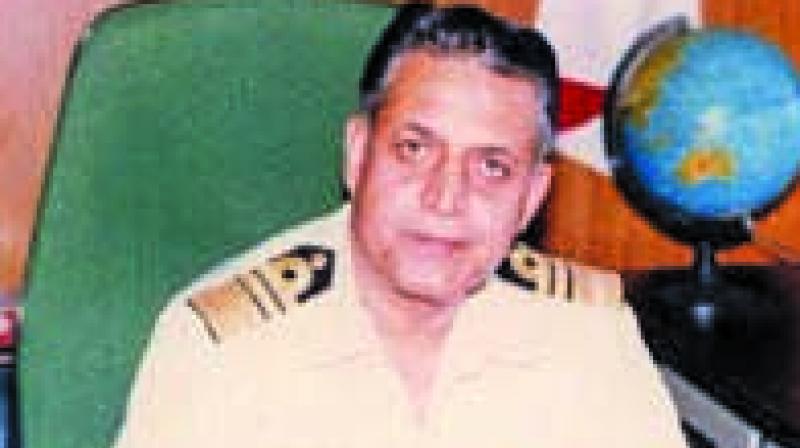 New Delhi: Vice-Admiral Vinod Pasricha (retd), who was commanding INS Viraat, when former Prime Minister Rajiv Gandhi had visited the Indian Navy aircraft carrier, said on Thursday that Gandhi was on an official visit in 1987 and not on a holiday.

He said that no foreign nationals or his in-laws had accompanied Mr Gandhi during his time on Viraat.

Mr Pasricha said that only Sonia Gandhi and Rahul Gandhi were with the former Prime Minister. “Mr Gandhi had come for an official visit to the Lakshadweep Islands for two days and we took him to the island and brought him back,” Mr Pasricha told this newspaper over the phone. There was a meeting of the Islands Development Authority, which was held alternately in Lakshadweep and the Andamans, he said.

The ship was used to ferry the Gandhis as the air field was not ready.

“There was Gandhi family three of them, and two or three IAS officers who were going to Lakshadweep for the meeting,” said Mr Pasricha.  He denied that the Gandhi family were partying on the Viraat.

“They spent nights on-board and on, one of the two nights, we gave them the dinner so that they could meet all the officers,” he added.

“Prime Minister and Mrs Gandhi were embar-ked on board INS Viraat off Trivandrum enroute Lakshadweep. The Prime Minister was at Trivandr-um as chief guest for the National Games prize distribution. He was going to Lakshadweep on official duty, to Chair a meeting of IDA (Islands Devel-opment Authority),” he said  in a statement.

Ramdas said that he was drawing his statement on written responses from Pasricha, Admiral Arun Prakash – commanding INS Vindhyagiri, which was accompahying INS Viraat, and Vice Admiral Madanjit Singh – commanding officer of INS Ganga.  He said that there were  no foreigners with the Gandhis.

Ramdas said that they visit some of the Islands on short trips by helicopter to meet local officials, as also the people there. “PM is authorised to travel along with his spouse by service aircraft on official duties. From what I know only Rajiv and Sonia went ashore by helicopter and Rahul never accompanied them,” he said.

“No ships were specially diverted for the personal use of the Gandhi family. Only one small helicopter was left at Kavratti to meet any emergency medical requirements of the PM and his wife,” added Ramdas.