Prashant Bhushan then said he would file an election petition before the competent court. 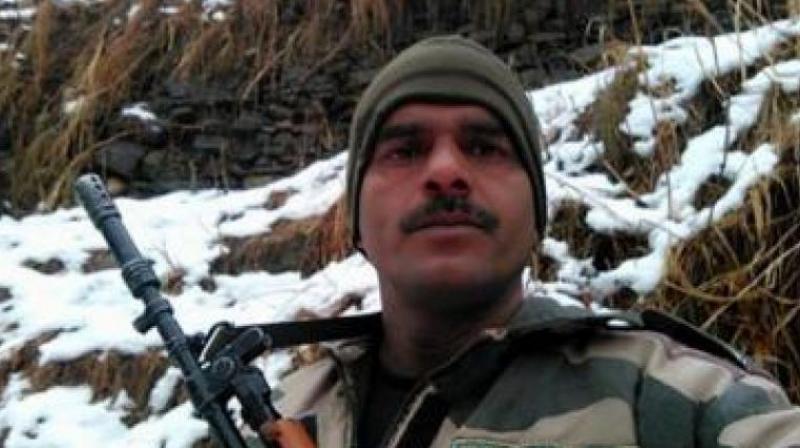 New Delhi: The Supreme Court on Thursday dismissed a writ petition filed by sacked BSF Jawan Tej Bahadur challenging the rejection of his nomination papers by the returning officer of Varanasi Lok Sabha constituency from where the Prime Minister Narendra Modi is contesting.

A bench of Chief Justice Ranjan Gogoi and Justice Deepak Gupta after hearing counsel Prashant Bhushan for the petitioner and senior counsel Rakesh Diwedi for the commission in a brief order said, “We don’t find any merit to entertain this petition. Dismissed”. Mr Bhushan then said he would file an election petition before the competent court.

In a writ petition Mr Bahadur urged the court to set aside the order passed by the returning officer on May 1 and to allow him to contest the polls scheduled for May 19. He submitted that he filed his nomination papers on April 29 and he was asked to produce a certificate that he had not been dismissed from service either for corruption or disloyalty to the nation.

The Returning officer rejected the nomination on the ground that he was dismissed from the government service on April 19, 2017 and five years period from the date of such dismissal has not elapsed, in terms of section 9 of the Representation of the People Act 1951. The Returning Officer also observed “the nomination paper is neither accompanied by certificate issued in the prescribed manner by the Election Commission to the effect that he has not been dismissed for corruption or disloyalty to the state”.

The Petitioner said he had submitted a reply to the notice dated 29.04.2019 stating that he was dismissed on 19.04.2017 due to indiscipline, which is not covered under Section 9 of the R. P. Act and therefore, certificate by the Election Commission under section 33 (3) of the Act of 1951 was not required. Rejection of nomination under Section 36 of the Act of 1951 is not only erroneous, arbitrary and malafide but also showed the failure of the Commission in not invoking the constitutional powers under Article 324 of the Constitution to remedy the present situation, for ensuring free and fair election including equal participation, rather acted unmindful to Rule of Law.