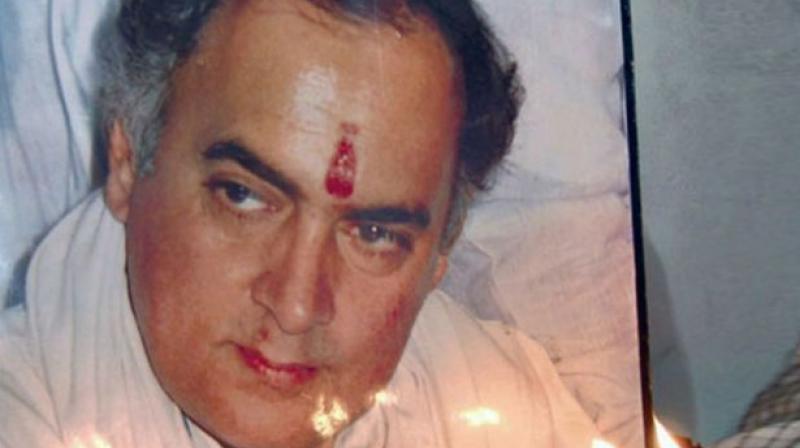 New Delhi: Ahead of the elections in Delhi, Punjab and Haryana, the Bharatiya Janata Party gave targeted Sikh voters not merely by raking up the anti-Sikh riots and but also making unrestrained allegations against the former Prime Minister Rajiv Gandhi and accusing him of dictating the genocide of around 10,000 people of the community, citing the Nanavati Commission.

However, the Nanavati Commission, which had held a section of Congress workers responsible for the anti-Sikh riots, virtually gave a clean chit to Rajiv Gandhi.

The reports stated: “The evidence on the other hand suggest that Shri Rajiv Gandhi had showed much concern about what was happening in Delhi.  He had issued an appeal for remaining calm and maintaining communal harmony. In view of the complaints received by him, that people were not able to contact the police on Telephone No - 100, he had immediately called some police officers and told them to take immediate action so that anyone who wanted to contact the police could so.  He had even visited the affected areas on the night of 01/11/1984.”

Prime Minister Narendra Modi had first attack-ed the former PM at a rally in UP last week as ‘Bhra-shtachari No.1’ in resp-onse to Congress president Rahul Gandhi’s atta-cks on him regarding alle-ged corruption in the Rafale deal and his purported claim that he was trying to tarnish the PM’s image by talking about corruption in the Rafale deal. Then came the PM’s remarks on Wednesday at Ramlila Maidan that the Gandhi family used warship INS Viraat as its “personal taxi” for a holiday when the Rajiv Gandhi was India’s Prime Mini-ster between 1984-89.

“It’s on the record in the Nanavati Commission that probed the 1984 anti-Sikh riots, the biggest genocide of India in which the government killed its own citizens, that instructions to kill came directly from the then PM Rajiv Gandhi’s office...The country awaits justice for this karma (sic),” tweeted the BJP’s official handle on Thursday.

Union minister Arun Jaitley also echoed the PM’s sentiments expres-sed by Mr Modi over the use of INS Viraat by late PM saying while the “kaa-mdars” used India’s naval fleet to strike at terror, “naamdar” used it for personal reasons. “The Kaamdars use India’s naval assets to strike at terror. The Naamdars use them for personal vacations with family and in-laws,” tweeted Mr Jaitley on Thursday.

Apparently responding to senior Congress leader Ahmed Patel’s tweet, the senior BJP leader also tweeted said that the Congress, which had blamed the DMK for Gandhi’s assassination has now tied up with the regional party in Tamil Nadu during the ongoing general election.

“From December 1990 till May 1991, when Shri Rajiv Gandhi was assassinated, the Congress Party-supported Chandra Shekhar government was in power.... From May 1991 till 2004, the Congress blamed its present ally the DMK for Shri Rajiv Gandhi’s assassination. It even withdrew support from the United Front government on this ground. 28 years later, today a desperate Congress has discovered a BJP role (sic),” Mr Jaitley said.

Mr Patel had earlier tweeted: “Abusing a martyred Prime Minster is the sign of ultimate cowardice. But who is responsible for his assassination? The BJP backed V.P. Singh govt refused to provide him with additional security & left him with one PSO despite credible intelligence inputs and repeated requests...”