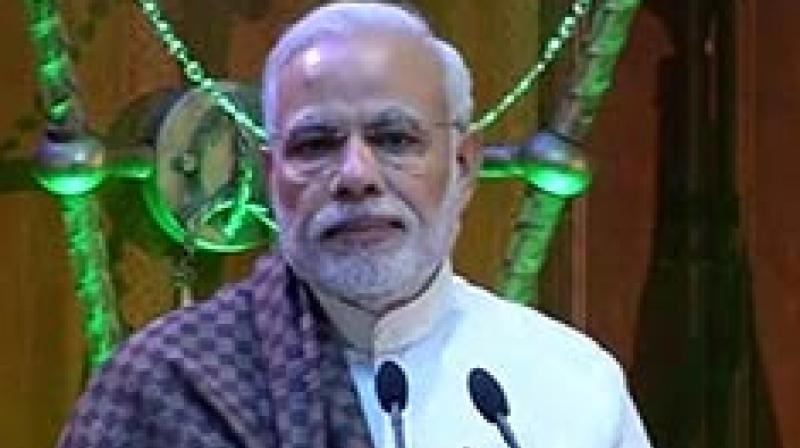 New Delhi: Attempts by the Prime Minister’s Office (PMO) to personally monitor delayed infrastructure projects seemed to have had no impact. Despite constant personal monitoring by it almost on a monthly basis, especially of those projects which have been stuck for quite some time, nearly 1,200 projects with a total original cost of Rs 15 lakh crores stand delayed.

Owing to delays, their anticipated cost is likely to go up to Rs 17 lakh crores approximately and according to information available with this newspaper, the overall cost overrun will be around 11 per cent.

The grim situation regarding the 1,200 delayed projects was as on February 1, 2017 and out of these projects, 329 are showing time overruns, 293 are showing cost overruns and 95 are showing both time and cost overruns with respect to their original project implementation schedules.

Most of these are infrastructure projects related to aviation, road, rail, power, oil and gas as well as health sectors.

Prime Minister Narendra Modi, in his monthly meetings with all secretaries of Central ministries, in which chief secretaries of states also participate through video conferencing, lays emphasis on clearing long delayed projects and get them running. The idea behind these meetings is to ensure that all bottlenecks which have been stalling these projects for a considerable period of time, can be resolved through direct interaction with departments concerned.

During these interactions, the concerned departments cite various reasons behind delays in projects. Most prominent ones among these are under-estimation of original cost, spiralling land acquisition costs, delay in land acquisition, delay in forest and environmental clearances, shortage of skilled manpower and changes in projects scope.

However, sources aware of developments said that on many occasions, during these meetings, the actual reason behind a particular delayed project does not get properly highlighted and, owing to the blame games played by departments concerned, the issues leading to the delay remain unresolved.

Highly-placed officials who are present in such meetings told this newspaper that despite Prime Minister’s pro-active measure of personally monitoring these delayed projects, it is not easy to get into nitty gritties of each and every project during deliberations, owing to paucity of time and sheer number of projects. Therefore, even as several projects have been cleared due to the intervention of the PMO, the number of delayed projects remains on the higher side.