India   All India  10 May 2017  J&K: Bullet-ridden body of Army officer found in Shopian
India, All India

According to reports, he was abducted by terrorists late last night and was shot dead. 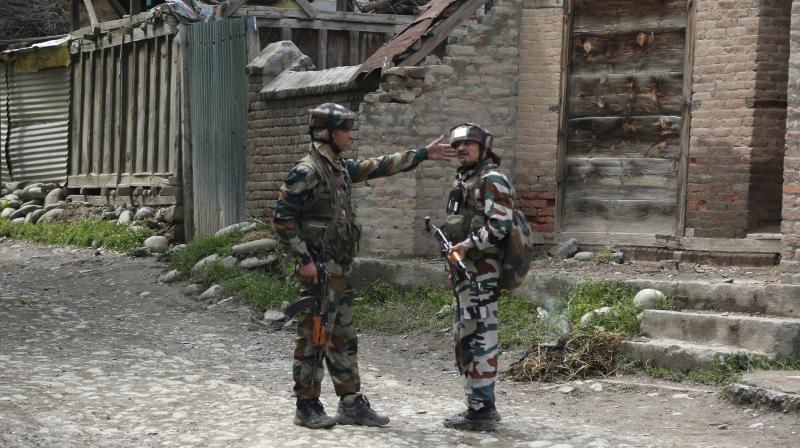 An Army soldier speaks with another during a search operation in Shopian. (Photo: AP)

The body of Umar Fayyaz, a Lieutenant who had joined the Army five months ago, was found with bullet wounds in Hermain area of the district, they said.

Police said the officer, hailing from neighbouring Kulgam district, had gone to Shopian to attend the marriage function of a relative.

An army official here said they have received an input and are verifying the circumstances in which the officer was found dead.

The police said he was abducted by terrorists late last night and was shot five times.

Lt. Fayaz was commissioned on 10th December 2016 from the National Defence Academy and was set to head for the Young Officers Course in September this year.

"He was part of the Hockey Team of NDA, excellent volleyball player. He was physically tough and the troops enjoyed being with him," the Army said.