In previous hearing, the court had asked for a report from the government on measures. 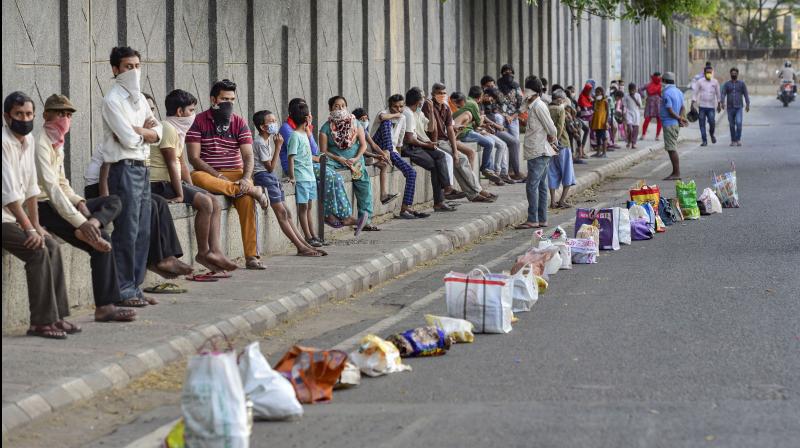 Hyderabad: The Telangana High Court on Thursday lauded the steps taken by the state government in tackling Covid-19, such as helping the poor during the lockdown, protecting doctors and announcing incentives for frontline workers.

Dealing with five PILs on Thursday, the division bench comprising Chief Justice Raghavendra Singh Chauhan and Justice T. Amarnath Goud, observed: “The Telangana government is doing its best to curb the further spread of Covid-19 cases… they are trying their level best to ensure that coronavirus does not spread further.”

The High Court had converted letters addressed to it by various advocates into PILs. These letters had highlighted issues such as the sufferings of migrant labour, attacks on doctors, complaints that the paramedical staff was not being provided personal protection equipment (PPE) and private hospitals being permitted to levy a fee for the Covid-19 test.

During the previous hearing, the court had asked for a report from the government on the steps initiated to curb the epidemic.

On Thursday, after it went through the interim report submitted by the state government explaining the steps initiated by it, the bench opined that the government was on the right track to curtail the disease. The court asked the petitioners to report to officials if they noticed any flaws in the government’s approach.

Every country in the world is trying to find a way out of this situation, the Chief Justice said.

Advocate-General B.S. Prasad informed the bench that the government had ordered a sufficient number of N-95 masks. He said every returnee from the event at the Markaz mosque in Nizamuddin, Delhi, had been traced as well as a major portion of their contacts, and they have been quarantined.

The bench inquired about the situation of migrant labour and supply of food and medicines to them and directed the government to submit a more extensive report with all facts and figures. The hearing was adjourned to April 15.