No pay, no rest, no job security: Do you really want to be a chowkidar in India?

Undoubtedly, a “chowkidar”, a gatekeeper or a watchman, nowadays, is of ubiquitous presence in urban India. 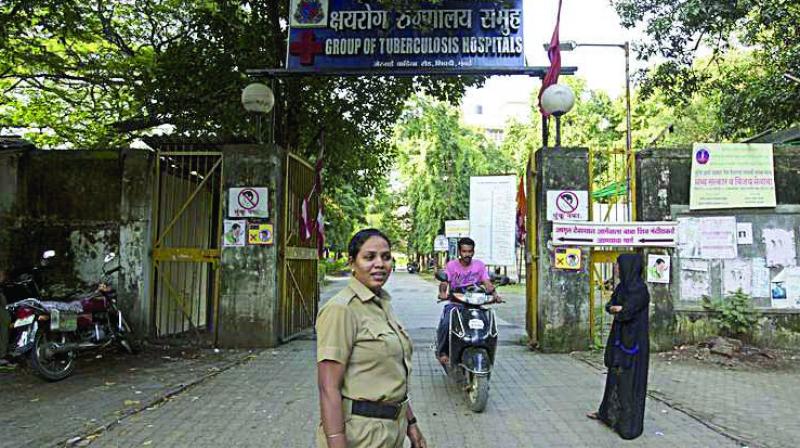 Private security guards get a raw deal, and the minimum wages bill might bring relief to them.

Elections 2019! Final countdown has already begun!' In this political jamboree, #Main Bhi Chowkidar, is the much talked about electoral battle cry.

Now, the fall out of this metaphorical rhetoric not restricted to political dividends alone, but as a side effect, ihas cast a focus on real life accounts of many “chowkidars” on the ground.

Undoubtedly, a “chowkidar”, a gatekeeper or a watchman, nowadays,  is of ubiquitous presence in urban India. One can spot a sprinkling of women among them too! According to industry estimates, there are about 15,000 female security guards in Delhi, which was just a few hundreds a few years back.

A Delhi-based agency, 24X7 Security Services, which has now about 600 female guards, says that the number of women guards “has more than doubled in the past couple of years” and it plans “to recruit about 1,000 women over the next one year”.  G4S India, with its country wide presence, has more than 1,35,000 employees on its roll, and 25 per cent of them are women, mostly from the  “underprivileged” background, and some, the agency says, are “the sole earning members of the family”. It also said that the demands for “well-groomed female security guards from hospitality, retail and educational sector have been rising every day”. The Jupiter Administrative and Security Services, even ready to pay more to a female guard as “efficient lady guards are simply more difficult to find”, it commented. WESTECH, another Delhi-based agency, has now about 40 per cent women in its workforce of fifteen hundreds in Delhi and has noted “the requirements of lady attendants or guards are on the rise in the education sector, and increasing number of schools are hiring them for campus safety and school transport services”. Many operators in the sector, feel that women guards are more suitable for “managing public access control points”.

A Delhi-based NGO, while conducting a survey to study the vocational preferences of underprivileged women, found that “most of the girls these days prefer to become a security guard or a taxi driver”, which, it opined, is perhaps linked to “a sense of empowerment”, but unfortunately, “most of these girls don't get any support from their families”, the report remarked.

The demands for Private Security Guards (PSGs) took an upward turn since the nineties when the markets opened up and the businesses, especially in the manufacturing and service sectors, began expanding. India's poor police-public ratio of about 138 police personnel per one lakh citizens further contributed to the mushrooming of Private Security Industry (PSI). FICCI reported a rise of 20 per cent CAGR during the past one decade in PSI, and is of the view that its market value is likely to touch Rs 99,000 crores by 2022, which was Rs 57,000 crores in 2016. The current strength of nine million PSGs, 41 per cent engaged in the commercial sector, and 39 per cent in the residential sector, is also expected to be 12 million by 2020. The PSI is on the threshold of becoming a big source of livelihood-provider to millions of unskilled men and women in India after agriculture, the report added. But, how this workforce in PSI is facing the vagaries of life? Is there any social safety network?

Sadhna, a smartly-attired young woman, who frisks female cine-goers at a PVR in a prominent city mall in South Delhi, which has about fifty women security guards, confides that, 'it is a 365-day job, with duty hours often stretching beyond eight hours'. Lakshmi, Kriti and Kamlesh, and many other women in different age groups of varying levels of education, who do customary checks at a temple on Lodhi road say that, “their working hours go beyond twelve hours with no day-off”. Aman, another young guard in the same temple, who is 10th pass, tells that he keeps doing “multiple works, as an office boy, manning gates or doing sundry errands without a rest day”.  Kunal, working as a security guard for about ten  years in different places like a Church, a Defence Mess, a school, and now at a premier centre of performing art, run by a central Ministry, admits that for the “last six months he has been continuously doing night shifts without a break, and it has affected his health badly”.

Now, all of them, irrespective of gender, suffer from a common woe! No rest day, fixed working hours, job security and payments in varying amounts!

In 2006, the Private Security Agencies (Regulation) Act, 2005, or PSARA, which came into being to regulate the operations of security agencies in India, has a provision for redressal to an under-paid employee on the basis of a formal complaint. But, in real life, a security guard could hardly dare to lodge a formal complaint against the employer, instead prefers to withstand the daily ordeal in the absence of an organised labour union to take up cudgels on their behalf. Many a time, the local police or the labour department tend to take a lenient view towards the erring agencies who, they think, are providing a means of living to many unskilled local men and women. However, the Managing Director Satish Saroha, WESTECH, laments that the service-clients often mete out “inhuman treatments' to many of the security guards, and ' delay in payments of service charges and GST reimbursements, makes it difficult for the service providers in smooth running of the businesses”.

Way back in 2014, FICCI strongly recommended that centre must prevail upon the states to strictly follow the Ministry of Labour & Employment’s 2009 notification, which categorised un-armed security guards as 'skilled', and security supervisors and armed guards as 'highly skilled', to entitle them avail the benefits of the minimum wage, fixed working hours, weekly rest, etc, as provided in the Minimum Wages Act, 1948. Many states have not included “private security guards” in the list of scheduled employments in  the state acts of minimum wages.

However, India is set to remove the anomalies, and a code on wages, which replaces four existing laws, including the Minimum Wages Act, 1948, is on the anvil. The proposed code on wages bill, 2017, fixes a national minimum wage and disallows states from specifying any minimum wage lower than the national minimum wage. It  brings under its purview all employments, not scheduled employments only, as stipulated in the existing Minimum Wages Act.  The expanded ambit of the wages bill, would bring in both the un-armed and armed PSGs, among many other categories, under its purview, and give them a statutory backing for grievance redressal in case of under-payments or denial of any other benefits.

One can only wish that the bill sees the light of the day, once the political score in the electoral battle is settled.