A report said that Singh had gone to the hospital for a medical check-up. 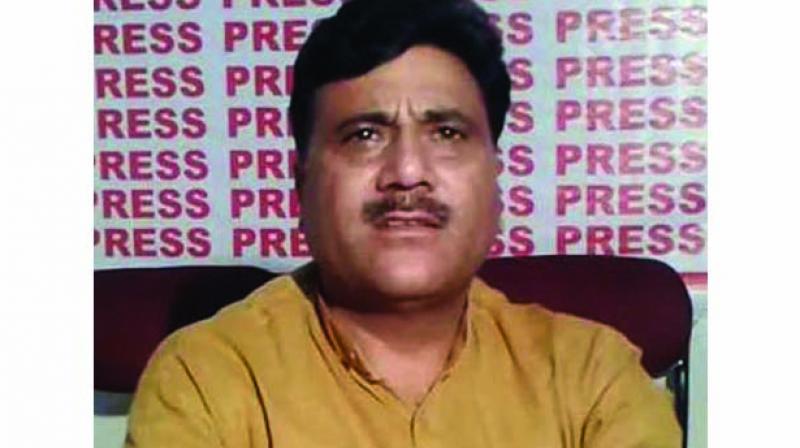 SRINAGAR: The Army was Tuesday called out in Jammu and Kashmir’s eastern town of Kishtwar to carry out a flag march amid rising tensions triggered by the killing of a local leader of Rashtriya Swayamsevak Sangh (RSS) Chandrakant Singh and his personal security officer (PSO).

Singh was injured when attacked by unknown gunmen inside a local hospital. He was airlifted to the government-run Medical College Hospital in Jammu where he succumbed to his injuries, officials said.

They added that his PSO, Rajendra Kumar, was killed on the spot when gunmen attacked them inside Kishtwar’s district hospital earlier during the day. The assailants decamped with the service rifle of the slain policeman, a report said.

Giving details of the incident, the police said that the gunmen barged into Kishtwar’s district hospital and snatched the service weapon of RSS leader’s PSO and then attempted to kill Singh. In the ensuing scuffle, the policeman was shot dead by the assailants and Singh received critical injuries, the police said.

Authorities immediately imposed curfew in the town and its neighbourhood “as a precautionary measure.”

Kishtwar’s deputy commissioner Angrez Singh said that the Army was called to stage a flag march while curfew was imposed soon after the incident to prevent any law and order disturbance.

He said that after being operated upon at the local hospital, the RSS leader was airlifted in a special chopper to Jammu for specialised treatment. He, however, succumbed to his injuries in Jammu’s GMC Hospital.

J&K’s director general of police (DGP) Dilbag Singh said that investigation is on and the situation in Kishtwar is well under control.

The police also said that Singh was a close associate of Bharatiya Janata Party’s local leader Anil Parihar who was, along with his elder brother Ajit Parihar, was killed by unknown gunmen in Kishtwar on October 31 last year.

The police had blamed the killing of the two brothers on terrorists and constituted a Special Investigation Team (SIT) to probe the incident. However, it has not been able to identify the killers nor have any arrests been made so far.

Kishtwar is communally sensitive and the town, which has almost equal population of Hindus and Muslims, has witnessed communal clashes in the past.