Former Karnataka chief minister SM Krishna, who had been in Congress for decades, joined BJP in 2017. 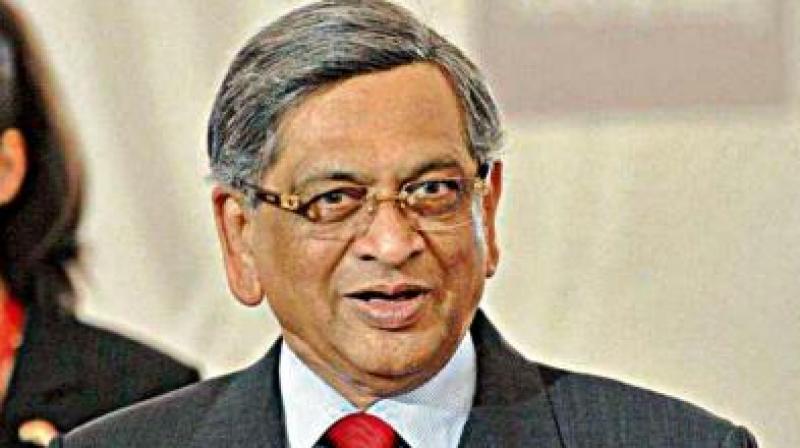 Rumours are rife that former Congress leader SM Krishna, who had joined BJP a year ago, is thinking of going back to the Congress party. (Photo: File)

Bengaluru: Rumours are rife that former Congress leader SM Krishna, who had joined Bharatiya Janata Party (BJP) a year ago, is thinking of going back to the Congress party.

Chief Minister of Karnataka, Siddaramaiah, however refused to comment on the speculations.

"I don't know," he told news agency ANI when asked about Krishna's change of heart.

Another Congress leader, K Rahman Khan said, "All are welcome but we do not have any information on this."

SM Krishna hails from Karnataka and was the state chief minister from 1999 to 2004. In 2017, the Income Tax (IT) department raided offices and residence of his son-in-law VG Siddhartha, who owns the popular Cafe Coffee Day (CCD) and allegedly concealed income to the tune of Rs 650 crore.

Speaking about the reports of Krishna's re-joining the Congress party, BJP spokesperson S Prakash rubbished the reports, calling it desperation of the Congress.

"It is a planted story by the desperate Congressmen, who have now realised the worth of SM Krishna. When he quit the Congress party, they made all kind of allegations against him," he told the media.

"At last now those ungrateful characters are remembering SM Krishna," he added.

SM Krishna, who had been in Congress for decades, joined BJP in 2017. He is regarded as an influential leader in the politics of Karnataka, which will go to polls on May 12 to elect its representatives for the 225-member assembly. The results will be out on May 15.