Was held by collar, dragged through aisle: Deboarded IndiGo flyer

The passenger complained of mosquitoes after which he was deboarded though IndiGo has denied allegations. 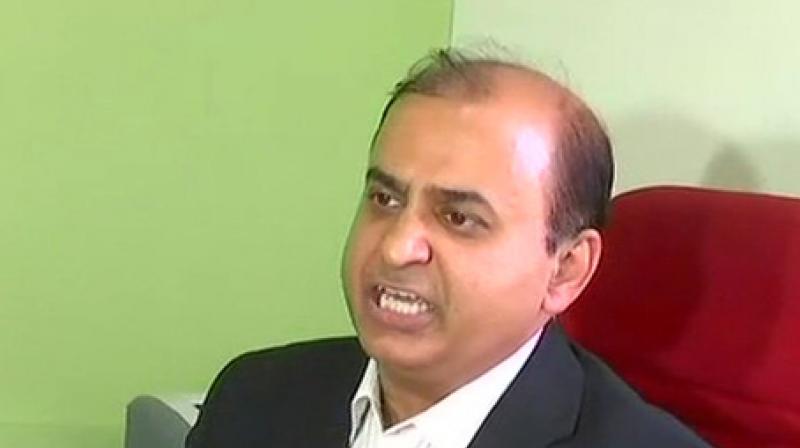 Rai said, 'They held me by the collar and dragged me through the aisle, I heard crew saying, if you have a problem with mosquitoes then why don't you leave India?' (Photo: ANI)

New Delhi: Dr Saurabh Rai, a passenger who was offloaded from an IndiGo flight in Lucknow recently after an alleged altercation over mosquitoes in flight on Tuesday said that the crew held him by his collar and dragged him through the aisle.

Rai said, "They held me by the collar and dragged me through the aisle, I heard crew saying, if you have a problem with mosquitoes then why don't you leave India?"

"The Indigo flight from Lucknow to Bengaluru was full of mosquitoes, when I raised objection, I was manhandled by the crew and offloaded from the aircraft, I was even threatened," he added.

Also Read: Passenger offloaded for carping about mosquitoes, Indigo says he was unruly

However, according to IndiGo, Saurabh Rai who was scheduled to fly on 6E-541 from Lucknow to Bangalore, was offloaded on grounds of unruly behaviour.

In a statement on Monday, it said, "Prior to take-off, Rai, expressed concerns regarding mosquitoes on board. However, before the cabin crew on board could address his concerns, Rai aggressively expressed his annoyance and started to use threatening language."

The airline stated that the matter escalated after the closure of the aircraft doors, Rai attempted to instigate other passengers on board to damage the aircraft, and used words such as 'hijack'.

Such actions are absolutely unacceptable, and there is zero tolerance for such threatening language on board an aircraft. Hence, keeping in mind applicable safety protocols, the crew apprised the pilot-in-command, who decided to offload Rai from the flight.