School principal Purushottam Gupta said they have transformed the school into train to increase the number of students. 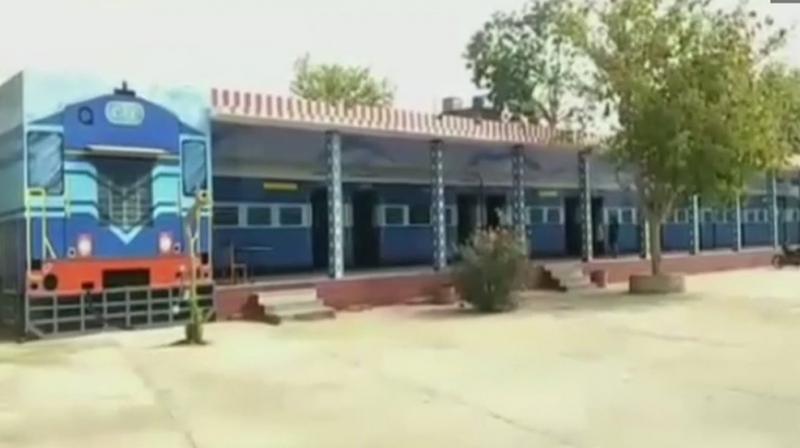 The principal's office looks like an engine and the veranda is transformed into a platform where students can play. (Photo: ANI/Twitter)

Alwar: Keeping up to its name, Alwar's Government Senior Secondary School, Railway Station, has renovated its classrooms like a railway station.

The train which is called - 'Education Express' has classrooms painted like passenger compartments.

Principal of school Purushottam Gupta said that they have transformed the school into train to increase the number of students as most of the students opt for private institutions due to lack of facilities in government schools.

The principal's office looks like an engine and the veranda is transformed into a platform where students can play. 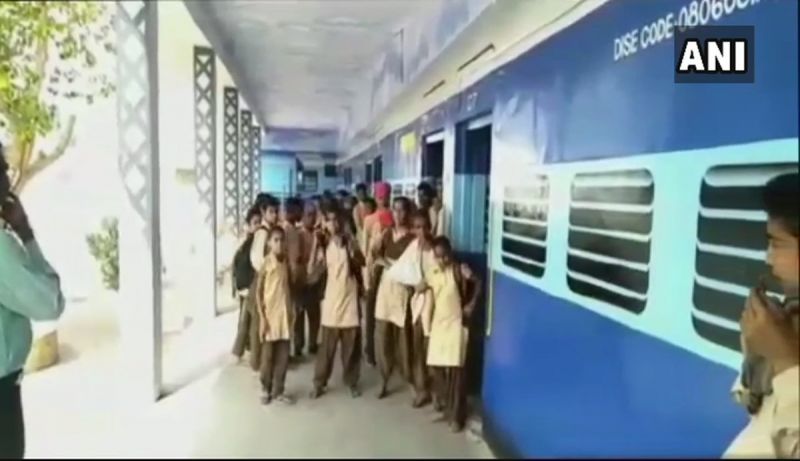 "The students are always fascinated with the idea of travelling in a train. Government school buildings are often considered boring, leading to lack of interest in kids. That is why we thought of renovating our school into a colourful train like the exterior," Gupta told news agency ANI.

The person, who was behind this idea, was a junior engineer of the district Rajesh Lawania.

He added, "The school has become an attraction among villagers, who often come to click pictures here."