India   All India  10 Apr 2018  Linking of PAN with Aadhaar does not violate right to privacy: UIDAI to SC
India, All India

Linking of PAN with Aadhaar does not violate right to privacy: UIDAI to SC

ASG Tushar Mehta told SC that 139AA of the Income Tax Act which provides for such linking meets with all the tests. 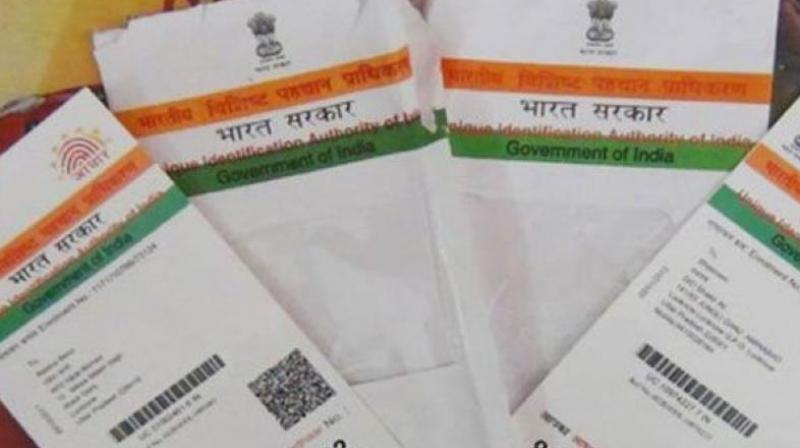 Linking of PAN with Aadhaar was intended to prevent income tax evasion, accumulation, circulation and use of black money and money laundering by imposing a requirement by law for linking Aadhaar for opening bank accounts. (Photo: File)

New Delhi: The law mandating linking of Permanent Account Number (PAN) with Aadhaar does not violate the right to privacy under Article 21 of the Constitution, argued Additional Solicitor General Tushar Mehta in the Supreme Court on Tuesday.

Appearing for the Unique Identification Authority of India (UIDAI), Mehta told a bench of Chief Justice Dipak Misra and Justices AK Sikri, AM Khanwilkar, DY Chandrachud and Ashok Bhushan that Section 139AA of the Income Tax Act which provides for such linking meets with all the tests and can, therefore, not be declared as violative of Article 21. He also pointed out that the apex court had already upheld this provision.

He further argued that PAN was introduced in 1989 and an individual was required to provide all demographic information as well as biometric details. Those who have PAN number and have already provided the information required to get PAN number cannot claim to have any legitimate expectation of withholding any data required for Aadhaar under the ground of “privacy.”

Linking of PAN with Aadhaar was intended to prevent income tax evasion, accumulation, circulation and use of black money and money laundering by imposing a requirement by law for linking Aadhaar for opening bank accounts. It was also intended to prevent terrorism and protect national security and prevention of crime by requiring that Aadhaar number be linked to SIM cards for mobile phones.

The ASG argued that merely because fraudsters were misusing a law, it couldn’t be declared invalid. The Parliament, considering the “legitimate State interest” as well as the “larger public interest” has now introduced this provision for the purpose of eliminating duplicate PANs from the system with the help of a robust technology solution. He said that Aadhaar has been given to more than 123 crore persons. Among adults, the coverage of Aadhaar is more than 99 per cent. Aadhaar being a unique identifier, the problem of bogus or duplicate PANs can be dealt with in a more systematic and full-proof manner.

The ASG also said that problem of multiple PAN cards to same individuals and PAN cards in the name of fictitious individuals are common medium of money laundering, tax evasion, creation and channeling of black money. 11.35 lakh PAN numbers in name of front or fictitious persons as directors or shareholders are used to create layers of shell companies through which money laundering, tax-evasions, creation and channeling of black money is done.

Earlier, the Attorney General KK Venugopal concluding his arguments that Aadhaar law imposed only reasonable restrictions on right to privacy and being welfare legislation, the court should not interfere with its validity.

The Supreme Court will now hear the arguments on Wednesday.