5 dalit BJP MPs come out in support of Yogi Adityanath

Mohanlalganj MP Kaushal Kishore said that there seemed to be a conspiracy because the allegations have emerged after the Bharat Bandh. 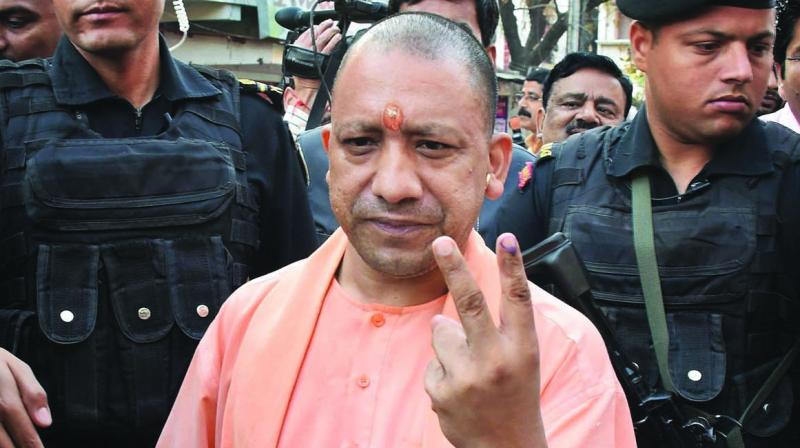 Lucknow: To counter the allegations levelled against UP chief minister Yogi Adityanath by dalit BJP MPs, five party MPs have come out in support of the chief minister and have questioned the timing of the outbursts.

Talking to reporters, Mr Anshul Varma asked, “If the dalit MPs are so worried about the progress of their community, then why don’t they ensure that schemes are being implemented in their constituencies?

Why raise matters now when elections are only a few months away?”

Mohanlalganj MP Kaushal Kishore said that there seemed to be a conspiracy because the allegations have emerged after the Bharat Bandh. “Why raise the issue now, after the Bharat Bandh agitation and that too through media? It is obvious that these MPs who have levelled allegations are looking at their own interest rather than the work done by the party for deprived sections of society”, he said.

Defending chief minister Yogi Adityanath, Mr Kishore said, “Whenever I have brought up such issues before the chief minister, he has listened patiently to me and taken necessary action”.