India   All India  10 Apr 2017  Sena MP to board same flight today on which he slapped AI officer
India, All India

Gaikwad has also converted his ticket for Monday into an open ticket, which allows him to fly on any date on the same route. 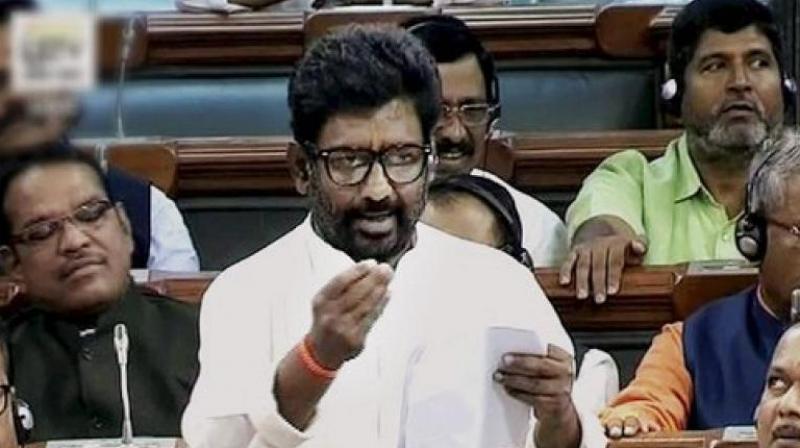 New Delhi: Shiv Sena MP Ravindra Gaikwad has booked a ticket on an Air India flight from Pune to New Delhi for Monday, two days after the ban on him from flying was lifted by the state-owned carrier.

According to airline sources, Gaikwad has booked a business class seat in AI 852, which takes off from Pune at 7.40 AM and lands at Indira Gandhi International airport at 9.50 AM.

This is the same flight Gaikwad boarded last month when he lost his cool and hit an Air India staffer "25 times" because the MP insisted on travelling business class on an all-economy flight.

"The summer schedule kicked in on 26 March as per which we are flying the newly acquired A320 neo planes on this route. This aircraft has business class," said an Air India source, laying to rest the possibility of the MP losing his cool once again because of non-availability of business class seat.

It is also learnt that the MP has converted his ticket for Monday into an open ticket, which allows him to fly on any date on the same route.

While lifting the ban on Friday, after pressure from the government, Air India had emphasised that it is "committed to ensuring its employees are not assaulted or misbehaved with".

The national carrier also said that it would take strong action to preserve the dignity of its employees.