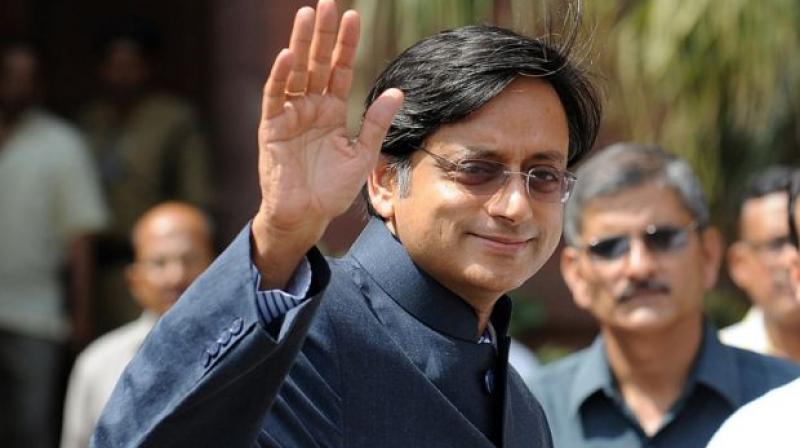 Thiruvananthapuram: Congress MP and former Union Minister Shashi Tharoor on Sunday denied reports that he was joining the BJP.

In a Facebook post, he said: "In view of the number of people asking, let me repeat that my convictions are a matter of record and they do not match those of Bharatiya Janata Party (BJP)".

"For 40+years I have spoken and written in defence of a pluralist India with equal rights for all its citizens and communities," Tharoor, also a former UN diplomat, said.

"On this, no compromise. Rumours of my joining BJP have been floated periodically with no basis whatsoever. I deny them categorically and without qualification," he said.

The Congress MP's clarification comes in the backdrop of a statement by CPI(M) state secretary Kodiyeri Balakrishnan that four Congress leaders, including Tharoor, planned to join the BJP.

Balakrishnan had said there are reports that four Congress leaders from Kerala are joining the BJP and that KPCC president M M Hassan had said that one of them was Tharoor.

However, Hassan denied having made any such remarks when contacted.

"When media persons asked me whether the reports about four Congress leaders joining the BJP has come to his notice,

I said there is no such thing," Hassan told PTI.

"There are no fortune seekers in Kerala like S M Krishna and Jaffer Sharif," the KPCC president said.

Tharoor campaigned for the Congress-led UDF candidate for the April 12 bypoll in Malappuram, Hassan said.

"When I asked him about such reports, he (Tharoor) told me that it was propaganda by the BJP," Hassan added.