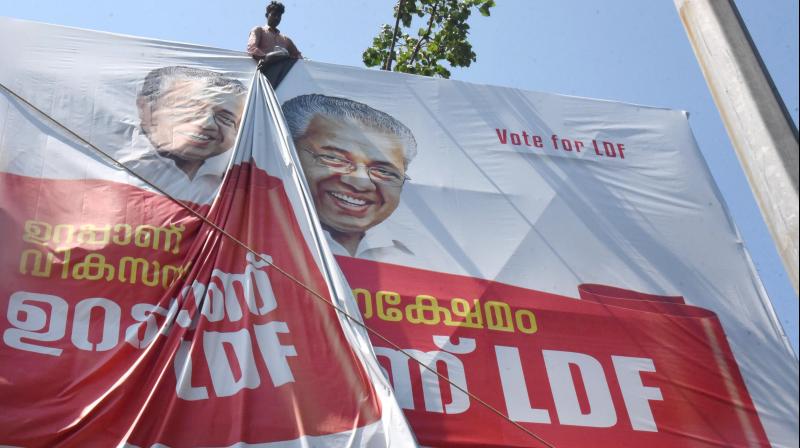 A worker puts up an election campaign banner of Kerala Chief Minister Pinarayi Vijayan, ahead of the Assembly polls, in Kochi on March 5, 2021. (PTI)

Thiruvananthapuram: Kerala Chief Minister Pinarayi Vijayan and six of his cabinet colleagues have been fielded by the ruling CPI(M) for the April 6 state assembly elections, while Finance minister Thomas Issac has been denied a ticket this time.

The party on Wednesday released the list of 83 of its 85 candidates including nine CPI(M) supported independents.

Vijayan will contest from Dharmadam constituency in Kannur district.

However, five ministers have been denied seats -- T M Thomas Isaac, E P Jayarajan, R Ravindranath, G Sudhakaran and A K Balan as the party decided not to provide seats to those who had been elected twice.

The party's aim was not to deny tickets to anyone, but to give an opportunity to new candidates, he said.

The CPI(M) led LDF is eyeing a second consecutive term this time.