The Indian external affairs ministry on Saturday said that the government is taking all steps to extradite the fugitive diamantaire. 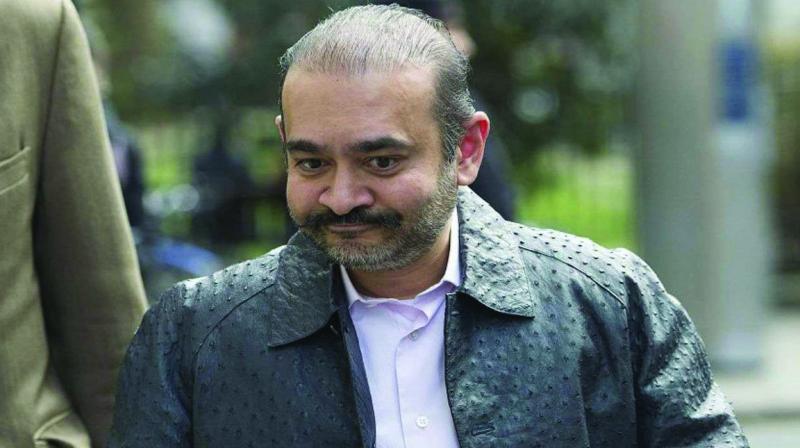 In a video posted by the British daily, Nirav Modi can be seen sporting a handle-bar moustache and wearing an ostrich hide jacket, estimated to cost 10,000 pounds.

New Delhi: Fugitive diamantaire Nirav Modi, wanted in India in the Rs 13,500 crore PNB fraud case, has been discovered living openly in a swanky 8-million pound apartment in London’ West End and is running a new diamond business just yards away, a UK media report said on Saturday. The Indian government said that it is aware of Nirav Modi’s whereabouts and has come a step closer to getting the fugitive extradited from the UK.

Nirav Modi, 48, was tracked down to a three-bedroom flat occupying half of a floor of the landmark Centre Point tower block of luxury apartments, where rent is estimated to be around 17,000 pounds a month, “The Daily Telegraph” reported.

In a video posted by the British daily, Nirav Modi can be seen sporting a handle-bar moustache and wearing an ostrich hide jacket, estimated to cost 10,000 pounds. On being accosted by reporters and questioned on various issues, including whether he had applied for political asylum in Britain and what he had to say about the charges against him, Nirav Modi responded with a curt,  “No comment”. Amid the raging political debate in India over Nirav Modi’s controversial escape from the country, the enforcement directorate said the UK’s home secretary has recently referred India’s request for extraditing Nirav Modi to a court for initiating legal proceedings.

The Indian external affairs ministry on Saturday said that the government is taking all steps to extradite the fugitive diamantaire.

MEA spokesperson Raveesh Kumar said, “We requested the UK government for extradition of Nirav Modi, means that we were aware that he is in UK otherwise we would not have made the request,”

“Just because he has been spotted doesn’t mean he can be immediately brought back to India as there is a process in place. We have made a request for extradition, it is for the UK government now to consider our request and respond to the demand of the CBI and the Enforcement Directorate (ED) for extradition,” he said.

“The government is taking all necessary steps for his extradition,” Mr Kumar said.

The CBI also maintained that the Central probe agency is awaiting a response on its extradition request which was sent to the UK.

“We are willing to extend all help to the UK through MEA in ensuring extradition of Nirav Modi,” said CBI spokesperson Nitin Wakankar.