In a setback to Cong, Odisha ex-CM daughter joins BJD

Sources said the BJD has decided to field Sunita as its LS candidatefor Sundargarh seat. 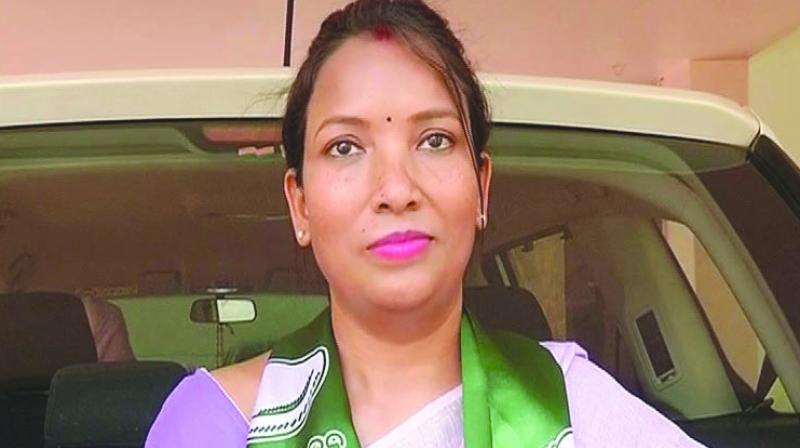 Sunita was acting as the working Congress president of Sundargarh district. She joined the BJD in the presence of party president and Odisha chief minister Naveen Patnaik at Naveen Niwas.

“I have joined BJD after being inspired by Naveen Patnaik. I will abide by the decision of party president,” said Sunita Biswal.

Hemananda Biswal, who is also planning to contest the elections from Sundargarh Lok Sabha, said his daughter’s move would have no impact of the Congress.

“She is a grown-up child and every right to take her own decision. Her joining in the BJD will absolutely have no impact on the Congress. Now, she will campaign for BJD and I will canvass for my own party – Congress,” said Mr Biswal.

Sources said the BJD has decided to field Sunita as its LS candidatefor Sundargarh seat. Now, it seems both father and daughter will fightagainst each other.

Sundargarh LS Sabha seat, like the previous 2014 general elections,will see a triangular fight with the present lawmaker and Unionminister Jual Oram of BJP vying to retain the seat.