The 85-year-old teacher, Natabar Sarangi, so far collected over 647 varieties of paddy seeds from states like Odisha, West Bengal and Chhattisgarh. 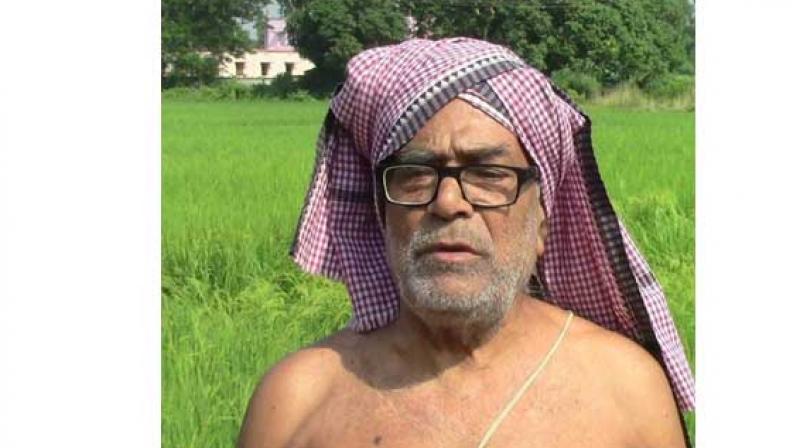 Bhubaneswar: A retired school teacher in Odisha has turned an icon for millions of farmers in the country and abroad for his passion to collect native variety of paddy seeds and encouraging peasant communities to undertake organic farming, not only to save huge money spent on buying high-cost chemical fertilisers and pesticides but for keeping good health.

The 85-year-old teacher, Natabar Sarangi, so far collected over 647 varieties of paddy seeds from states like Odisha, West Bengal and Chhattisgarh.

Mr Sarangi’s tryst with native seeds collection began after his retirement in 1992 when he felt that the new agriculture practices followed since 1960s had dire effects on small farmers and the biodiversity of crops.

“In 1960s, increase in crop yields was much-needed in India as the country always battled famine. However, the new agriculture practices had dire effects on small farmers and the biodiversity of crops. The high yields were the result of monocultures — planting just one cash crop each year and using irrigation techniques to grow crops even in the dry season using huge volumes of chemical fertiliser and chemical pesticides.

Later, genetically-modified crops were introduced, endangering the already dwindling number of native plant species. Such a lack of biodiversity also made Indian farmers more susceptible to the effects of changing weather patterns,” says the teacher.

Mr Sarangi adds that it’s not so important how many varieties of paddy seeds one has conserved, but seeds need to be conserved through regular agricultural practices for maintaining our rich biodiversity.

“All these native varieties have got their own adaptability potentials. They can withstand different climatic conditions in the country. Farmers in India need to be taught how to use these seeds to guard themselves against famine, flood and other calamities, besides reaping rich harvests,” says the teacher.

Mr Sarangi has built a training centre Rajendra Desi Chasa Gabesana Kendra (Rajendra Native Farm Research Centre) where farmers are given training on use of native seeds and organic manure and pesticides. Around 100 farmers come each year from local districts to get their seeds from Mr Sarangi.