The latest VIP to fall victim to the SMS Hospital's careless attitude is none other than governor Kalyan Singh. 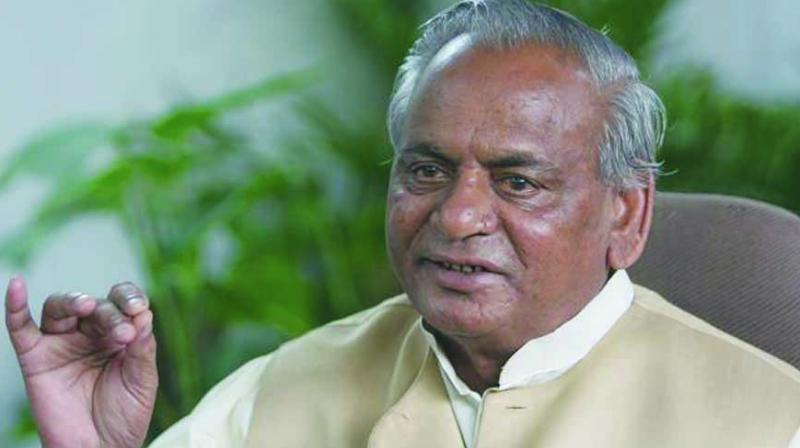 Jaipur: Sawai Man Singh Hospital, Jaipur, is to Rajasthan what AIIMS, Delhi, is to India. Only two types of people go to the SMS Hospital - poor who cannot afford a private hospital or politicians and bureaucrats who can get the best available treatment free of cost.

However, now not only aam aadmi, but also VIPs aren't happy with the special treatment at the SMS Hospital. The hospital has literally scared the wits out of VIPs. They now prefer to go to a private hospital or get a second opinion, thus raising a question mark on the quality of public healthcare in Rajasthan.

The latest VIP to fall victim to the SMS Hospital's careless attitude is none other than governor Kalyan Singh. After complaining of cold and cough, he underwent a test for swine flu at the hospital recently. The report was positive. With only three days left for his granddaughter's wedding, an anxious Mr Singh flew down to Delhi where a test by Indraprastha Apollo Hospitals gave a negative result. A furious governor asked the state government to probe the matter.

While Mr Singh trusted the report of a private hospital, the SMS Hospital stood by its report.

"Our report is correct. There can be no doubt about it. We examined the samples twice and the reports gave similar results," SMS Medical College principal Dr U.S. Agarwal said.

However, this is not the first time when the SMS hospital came under a cloud of suspicion. A fortnight ago, BJP MLA Amrit Meghwal had a similar to relate. She was scolded by fellow MLAs of the ruling party as well as the opposition for attending the Assembly despite testing positive for swine flu.

However, the MLA was chided for no fault of hers, because she was informed next day morning (she was in the House then) even though the report had come out the previous night. "I got tested in a private hospital, where the report was negative," Ms Meghwal said.

This is not the first time that a VIP had to face the rank carelessness at the SMS hospital.

In August last year, before BJP MLA Kirti Kumari had died, she was first admitted to district hospital, Kota, when she fell sick and later brought to SMS Hospital. From there she was again shifted to a private hospital because the state-run hospital did not have a life-support  machine.

What's more, the lab at the SMS Hospital is not approved by National Accreditation Board for Testing and Calibration Laboratories (NABL). In fact, not a single lab in government hospitals across the state is NABL approved.

This means that the reports, even if they are correct, are questionable. As per rules, every hospital and lab where microbiology, pathology, CT scan and MRI tests are conducted must be NABL approved.