Heroin, cannabis replace liquor in parties to cut chances of getting caught. 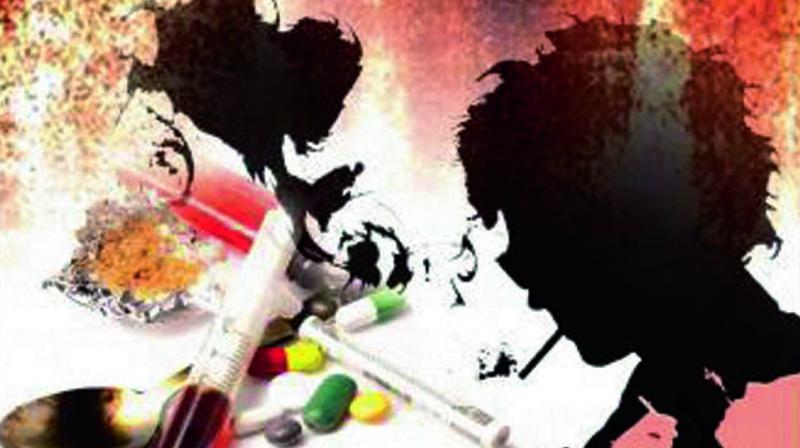 A record 14.1 tonnes of cannabis has been seized in Bihar since January 2017.

Patna: A ban on liquor since 2016 has taken Bihar residents on a new high. Drugs seem to be fast become an alternative to liquor as  officials struggle to control the spike in smuggling of contraband drugs since prohibition was introduced two years ago.

“People, especially youths, have shifted to narcotics as it reduces their chances of getting caught easily. Drugs have replaced liquor in parties,” said a volunteer associated with rehabilitation of addicts.

“There are around 40 patients who have been admitted to our clinic for the treatment of their addiction to cannabis, marijuana and other contraband drugs. Dependence on drugs has gone up in the last one year,” said Ashok Kumar Sharma, in-charge of Hitaishi rehabilitation and de-addiction centre.

A heroin seizure worth Rs 2.76 crores in Patna recently has sent alarm bells ringing and prompted the state government to work on a roadmap to stop narcotics smuggling from Kolkata on trains.

“A large consignment of heroin was seized from a person named Radhey Shyam near Patna railway station. He was assigned to deliver the contraband drugs to Sasaram,” said  an official.

In August, last year Directorate of Revenue Intelligence (DRI) officials had seized heroin worth Rs 30 crores in Supaul district. Three drug smugglers were arrested with the contraband drugs which were being brought in a truck from Guwahati.

In December 2017, a large consignment of cannabis was seized from a truck in North Dinajpur area of West Bengal while it was being smuggled into Bihar. The police had arrested three persons in connection with the case.

Experts say that “a large consignment of contraband drugs being brought in from various states to Bihar indicates that dependency on narcotics is raising after prohibition was imposed”.

Another factor, they said is easy access to products like marijuana, cannabis and other dangerous substance like inhalers and painkillers. In rural areas, men who used to spend on liquor earlier are now smoking weeds in groups.

A recent study shows that there has been a surge in cases related to substance abuse after a statewide ban on liquor was imposed. Survey reports also show that around 25 percent of such cases were recorded within one year — between 2016 and 2017.

Insiders said that in a major crackdown against mafias dealing in drugs, the authorities had seized 73.87 acres of opium plantation during various raids last year.

“There are tough laws to deal with people who have been violating prohibition rules in the state. Officials are strictly monitoring such cases and people have been arrested so it is wrong to say that cases of drug smuggling are rising in Bihar after prohibition was imposed,” said JD(U) spokesperson Niraj Kumar.

But government's concern can be gauged from the fact that several meetings have been conducted with officials to check the rising cases of drug abuse and smuggling in the state. The Bihar government  banned the sale and consumption of liquor with effect from April 1, 2016 to fulfil a poll promise made by chief minister Nitish Kumar. Earlier, there was a surge of complaints from women about male members of the family resorting to drinking and creating nuisance, which affected the education of their children.