India   All India  10 Mar 2018  Cong might be led by someone outside family in future, says Sonia Gandhi
India, All India

Cong might be led by someone outside family in future, says Sonia Gandhi

Replying whether Congress will survive without a Gandhi as its leader, Sonia said the question should be forth to Congress workers. 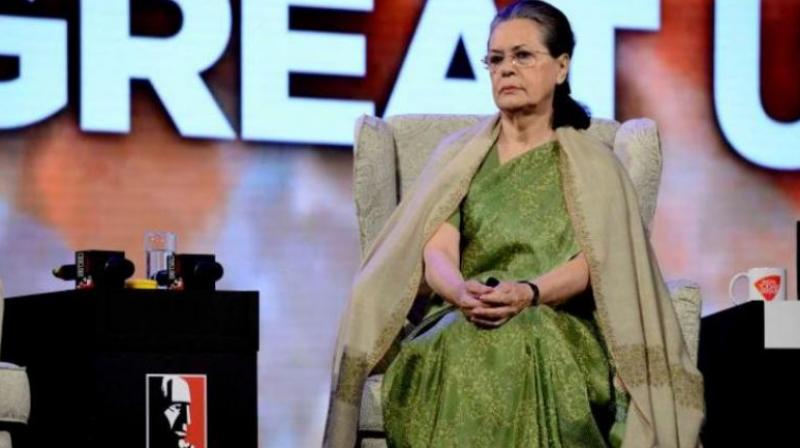 Mumbai: Days after handing over the Congress baton to her son Rahul Gandhi, chairperson for UPA Sonia Gandhi on Friday said that Congress may have a President from outside the Nehru-Gandhi clan in future.

Replying to a question on whether there is any possibility of a Congress president being chosen from outside the Nehru-Gandhi family, she said, "Why not? In future there may well be."

Sonia Gandhi was responding to questions during the India Today conclave in Mumbai.

She added that she opted for Manmohan Singh as Prime Minister, when Congress-led United Progressive Alliance (UPA) was voted to power in 2004 because he was a better candidate for the post.

Asked why she did not become the Prime Minister, Sonia said, "Because I thought Dr Manmohan Singh would be a better Prime Minister than myself."

Replying whether Congress will survive without a Gandhi as its leader, Sonia said the question should be forth to Congress workers.

Sonia further said that there has been a tradition in the Congress and the leaders are elected democratically. She also referred to dynasties in the US such as that of the Bush family and the Clintons and also to dynasties in several states of India.

When asked whether she was the adhesive that held Congress together, she smiled and said it was a tough question. "There are many Congressmen, you can ask them."

Dismissing perception in certain quarters that under the UPA government when Manmohan Singh was in office, she was in power, Sonia said, "I don't think it was that kind of a situation."

"Without trying, even I knew my limitation," she said answering another question.

Sonia said she decided to take the political plunge when she saw that the Congress was going through a very difficult phase.

"Some people were leaving the Congress, I really felt that I was being sort of a coward in not even trying to do something to see if I could help the party," Sonia said.