Sahoo has already informed the cultural department and other officials about the discovery of a Buddha Stupa in the river bed. 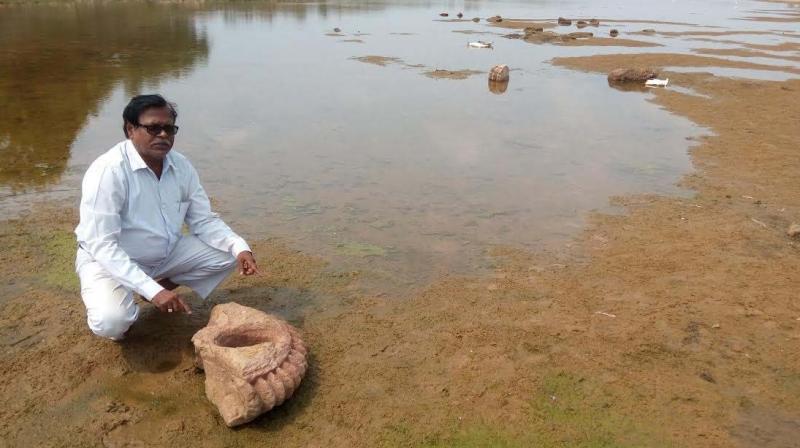 Bhubaneswar: In a major breakthrough, ruins of Buddhist sculptures have been discovered in the Kelua river bed at Bedipur under Dharmasala tehsil in Odisha’s Jajpur district, nearly 100 km from here.

The ruins of sculptures, including a residential place belonging to 7th or 8th century AD Buddhists and an ‘Arghya stupa,’ carved out of the Brajagiri and Ratnagiri stones, were discovered, said Mr Sahoo.

The sculptures were destroyed as the river water entered into the land during the rainy season before the construction of bridges over the Brahmani river by the British, he said.

“Bedipur area is surrounded by old Buddhist sites such as Kaima and Langudi. Our search has yielded around ten stone images, bricks and pottery in red colour. The mounds were formed on huge boulders on which a brick-built stupa was raised,” said Mr Nrusingh Sahoo.

Mr Sahoo has already informed the cultural department and other officials about the discovery of a Buddha Stupa in the river bed.

“We also found two tanks during our excavation work. We believe the Buddhist monks used to store drinking water in both the tanks. The discovery of some more earthen materials like potsherds and decoration pottery may have given rise to the suspicion that a treasure trove was lying buried under the river bed,” added Dr Sahoo.

“The Buddhist remains yielded in the river show that Buddhism existed from 1st century BC to the 10th century AD,” said Mr Sahoo.