Scenario is as ‘vulnerable’ as has been ‘exposed’ during the Uri and Pathankot terror attacks, the parliamentary panel said. 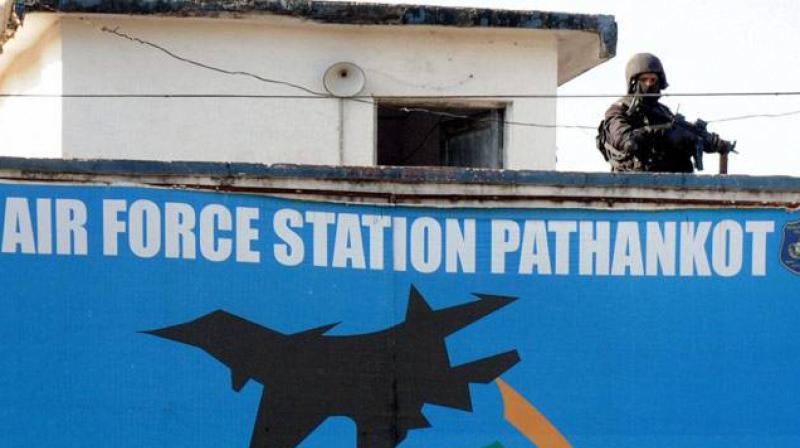 New Delhi: No concrete measures were taken to beef up security in frontline military bases and the scenario is as "vulnerable" as has been "exposed" during the Uri and Pathankot terror attacks, a parliamentary panel said on Thursday.

Slamming the Defence Ministry, it said though a Committee had submitted its report 6-7 months ago on the security aspect, no concrete measures have been taken to address the lacunae.

"The security scenario is vulnerable as has been exposed during Pathankot and Uri attacks," the Parliamentary Standing Committee on Defence said in its latest report, which was tabled in the Lok Sabha.

The Campose Committee had submitted its report to Defence Ministry last May.

The parliamentary panel said there is no information regarding inputs considered in the report.

"Yet, no concrete measures appear to have been taken even after a lapse of 6-7 months of the submission of the report. The Committee are distressed to note the apparent lack of sincerity on the part of the Ministry of Defence in this regard and desire that situation should improve.”

"Necessary measures must be taken so as to ensure that any unpleasant incidence does not recur," the panel said.

It said security arrangements in military establishments are dynamic in nature and called for maintaining a robust and strong response mechanism to emerging threats.

The parliamentary panel said the recommendations of the military committee need to be studied carefully and suitably implemented.

As directed by the government, the three Services had carried out security audit of all their military establishments following the Pathankot attack.