He said development of the region could be ensured if it was made a separate state. 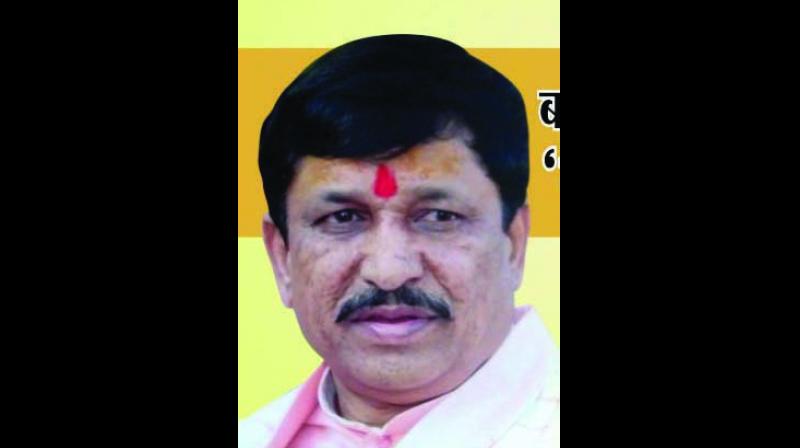 Bhopal: BJP MLA Narayan Tripathy, who had taken his party by surprise by backing a bill tabled by the treasury bench in the state Assembly recently, on Sunday stirred a political row by demanding a separate Vindhyachal state, carved out Madhya Pradesh.

The ‘rebel’ BJP legislator told reporters that Vindhyachal region in Madhya Pradesh has been neglected by successive governments in the state leading to backwardness of the area.

He said development of the region could be ensured if it was made a separate state.

“Chhattisgarh, carved out of Madhya Pradesh in 2000, was a backward region when it was part of undivided MP. Chhattisgarh has witnessed development in all fields after it was made a separate state”, he said.

He was talking to reporters on the sideline of a meeting of Vindhyachal council in which he took part.

Mr Tripathy said he would place his demand in the ensuing Budget Session and also write letters to chief minister Kamal Nath and Prime Minister Narendra Modi to draw their attention to the demand.

“I would appeal to leaders of all political parties from Vindhyachal to join a common platform to demand for separate state of Vindhyachal and build a movement for it”, he added.

Mr Patel however slammed Mr Tripathy for demanding a separate Vindhyachal state saying that the region has witnessed development along with other areas of the state.

He dismissed the charges that Vindhyachal has been neglected by successive government in the state, saying “There is absolutely no basis in the allegation”. Meanwhile, the Opposition BJP however refused to react to Mr Tripathy’s demand.