The BSF took cognisance of the video and tweeted from its official handle that an inquiry has been ordered. 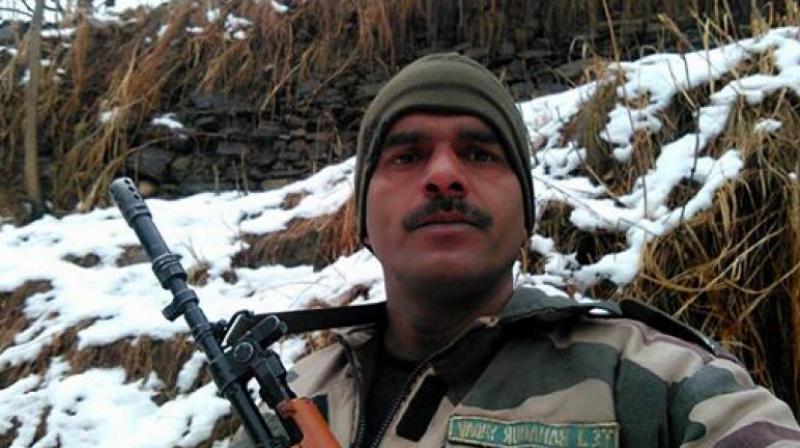 New Delhi: The video of a Border Security Force (BSF) jawan, deployed along the Indo-Pakistan border in Jammu and Kashmir — alleging that troops are served bad quality food and even have to go on an “empty stomach” at times — prompted the paramilitary force on Monday to take suo-motu cognisance and start an investigation into the matter.

In videos uploaded on social media platforms, the jawan, wearing camouflage uniform and carrying a rifle, claimed that while government procures essentials for them, the higher-ups and officers “sell it off in an illegal manner in the market”. In at least three different videos, constable T.B. Yadav of the BSF’s 29th battalion also goes on to show the quality of food that is allegedly being served to him.

“We only get a parantha and tea as breakfast and this is without any pickle or vegetables. We slog for 11 hours and at times we have to stand throughout the duty hours. For lunch, we get dal which only has haldi (turmeric) and salt, with roti. This is the quality of the food we get. How can a jawan do his duty? I request the Prime Minister to get this probed. No one shows our plight,” Mr Yadav alleged. He said he may not be here — hinting action might be taken against him — and urged people to take the issue forward so that corrective action is taken. He further alleged that at times jawans have to go to sleep on an “empty stomach”.

The BSF took cognisance of the video and tweeted from its official handle that an inquiry has been ordered.

“The BSF is highly sensitive to the welfare of its troops. Individual aberrations, if any, are enquired into. A senior officer has already reached the location,” the force tweeted after tagging the video. A senior BSF official said Mr Yadav is currently deployed along the Line of Control in Jammu and Kashmir and the BSF jawans here work under the operational command of the Army, which also provides for “food and other logistics of the jawans”. It has also been found, the official said, that Mr Yadav has been given four major punishments in the past and has been issued reprimands for alleged violation of discipline.