India   All India  09 Dec 2019  K'taka poll results message for all states where anyone betrays public mandate: PM
India, All India

K'taka poll results message for all states where anyone betrays public mandate: PM 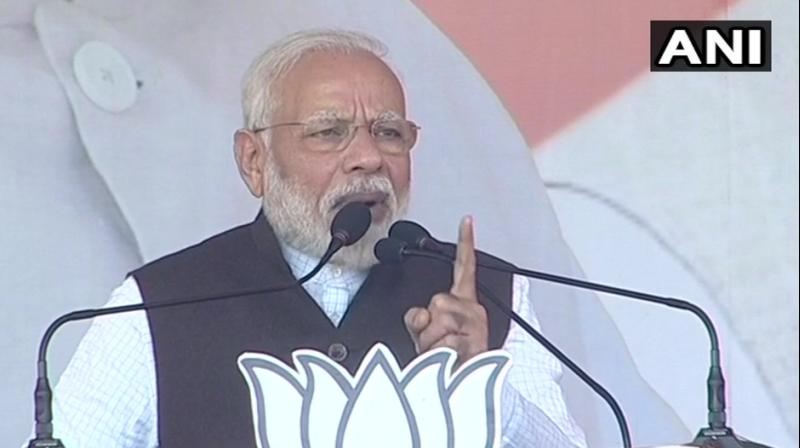 Modi said, "Today people of Karnataka have proved that Congress and JD-S won't be able to betray them. ' (Photo: ANI)

Hazaribagh: Prime Minister Narendra Modi on Monday attacked Congress and JD-S while citing the result trends of Karnataka by-polls and asserted that the people of Karnataka had witnessed corruption and 'laxity in development' during tenure of Congress-JD(S) government and hence have voted BJP.

He also said that the by-polls results of this state were a message for all those states where anyone betrays public mandate.

The Prime Minister's comments came at a time when BJP was leading in as many as nine seats of Karnataka in by-poll results and has emerged victorious on three.

Speaking at an election rally here, Modi said, "Today people of Karnataka have proved that Congress and JD-S won't be able to betray them. This is a message for all states of the country that if someone will go against the public mandate and betray people, the citizens will punish them at the first opportunity".

"Earlier the people gave mandate to BJP to form the government but Congress played behind the curtain and managed to stop the BJP government formation. But today people gave them punishment as BJP candidates are either winning or leading in most of the seats in the bye-elections," the Prime Minister said.

"I pay gratitude to the people of the state for choosing stability and development by showing confidence in the BJP," he added.

The elections were held for 15 Assembly seats which were left vacant after the legislators resigned in July, triggering the collapse of the Congress-JD(S) coalition and paving the way for the BJP to come to power.