'Won't hesitate to do it again': Army vice chief on surgical strike 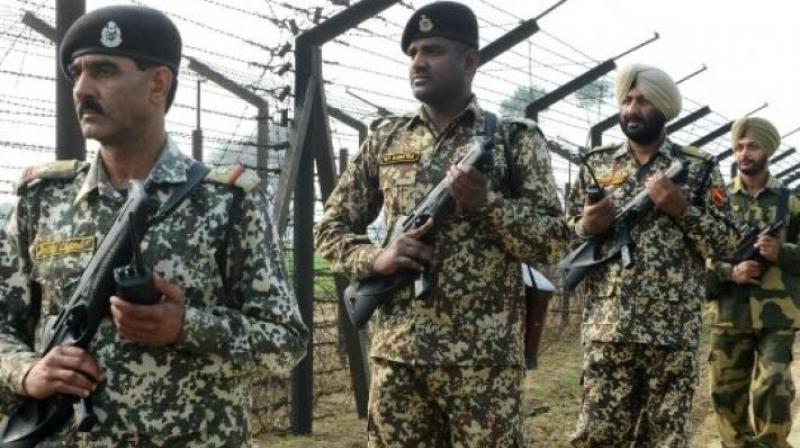 India conducted the surgical strike on September 29, 2016 across the Line of Control as a response to a terrorist attack on an Indian Army base in Uri sector of Jammu and Kashmir earlier that month. (Representational Image)

Dehradun: Vice Chief of Army Staff Lt Gen Devraj Anbu has said the security forces would not hesitate to launch another surgical strike against terrorists if the need to do so arises.

"The surgical strike on militant launchpads across the border was a show of strength by our armed forces and we won't hesitate to do it again if the enemy challenges us," Lt General Anbu said in reply to a question by reporters on the sidelines of the Indian Military Academy or IMA's Passing Out Parade in Dehradun on Saturday.

India conducted the surgical strike on September 29, 2016 across the Line of Control as a response to a terrorist attack on an Indian Army base in Uri sector of Jammu and Kashmir earlier that month. Nineteen Indian soldiers died in the attack by Pakistan-backed terrorists.

On Friday, Lt General (Retired) DS Hooda, who was the Northern Army commander when the surgical strikes were carried out, said the constant hype around the precision operation was unwarranted. He, however, said it was natural to have initial euphoria over the success of the military action.

Responding to a question from the audience during a panel discussion in Chandigarh, Lt General Hooda said in hindsight, it would have been better had "we done it (surgical strikes) secretly".

On the plans to give women combat roles in the armed forces, Lt General Anbu said different aspects of the proposition are being examined as conditions along the borders with Pakistan and China are different from the rest of the country.

In July this year, Army chief General Bipin Rawat said the process to allow women in combat role, currently an exclusive domain of men, is moving fast and initially women will be recruited for positions in military police.

In November, he said the Indian army is not yet ready to have women in combat roles. He said there are several other fields where the army was thinking of inducting women and there were plans to have women as interpreters.

The POP saw a total of 427 gentlemen cadets including 80 from seven friendly foreign countries graduating from the academy.