Local TMC leader Pankaj Ghosh said that the grounds had to be 'purified as the BJP came and gave communal message'. 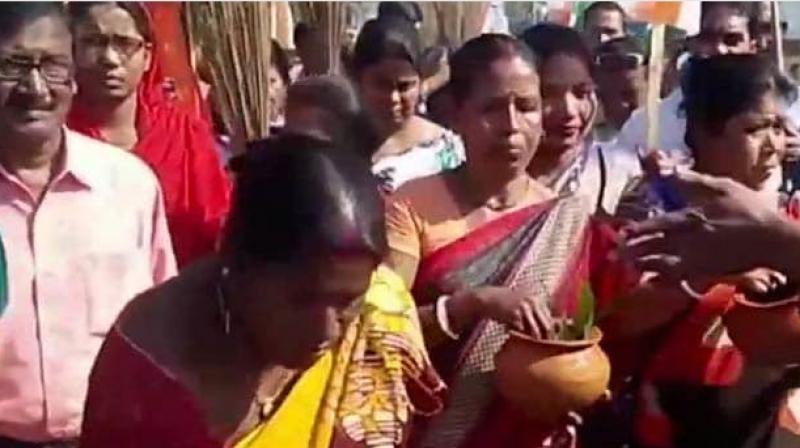 Cooch Behar: Trinamool Congress party workers in West Bengal’s Cooch Behar district sprinkled ‘Ganga jal’ and cow dung water to “purify” the grounds were the BJP held a rally on Saturday. Local TMC leader Pankaj Ghosh said that the grounds had to be “purified as the BJP came and gave communal message”.

BJP chief Amit Shah was scheduled to kick off three rath yatras - on December 7, 9 and 14 - from Cooch Behar, South 24 Parganas, and Birbhum respectively, to cover all the 42 Lok Sabha constituencies in the state.

"Ignore the event as just another political gimmick. I have asked my party workers to conduct 'purification and unity yatra' to cleanse the areas through which the chariots pass. I wonder what sort of yatra it would be with chariots equipped with five-star facilities. It is 'ravan yatra', not 'rath yatra', the Chief Minister said.

The Bengal BJP hit back at Banerjee claiming that she and her party were suffering from "fear psychosis" as they "dread" losing in the next Lok Sabha polls.