According to data accessed by this newspaper, the ambient air quality of these four industrial towns beyond the permissible limits. 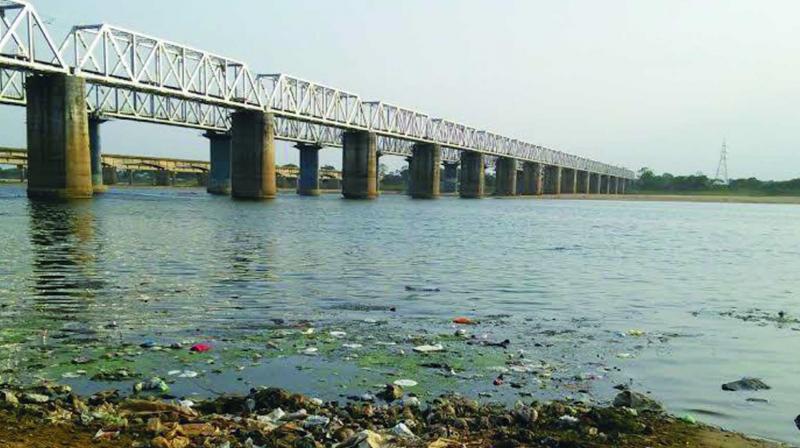 Bhubaneswar: While air pollution in Delhi during the India-SL Test hit international headlines, Odisha’s capital Bhubaneswar and four industrial towns —- Kalinga Nagar, Talcher, Rajgangpur and Paradip —- are struggling to keep pollution under check. Add to this, water contamination in all the major rivers that is threatening the quality of life for over four crore people in the state.

According to data accessed by this newspaper, the ambient air quality of these four industrial towns beyond the permissible limits.

The permissible limit of particulate matter (PM 10) is 100 microgram (mg) per metre cube. The data shows the PM 10 level in Talcher is 115 microgram per cubic metre.

Rajgangpur industrial town tops the air pollution rankings with the monitoring stations there recording a PM 10 of 133 microgram per cubic metre.

Though the state government is tight-lipped about the ambient air quality of the capital city of Bhubaneswar, unconfirmed sources revealed it has dipped below the permissible limit due to increase in auto-rickshaws, two-wheelers and cars.

The state government admitted in the ongoing Winter Session of the Assembly that water in almost all the major rivers, including Mahanadi, Brahamni and Baitarani, Luna, Kharasrota, Daya, Kuakhai and Bhargavi, had become highly polluted, more because of human activities than natural causes.

“In the past, people in Paradip used Taladanda canal water for bathing and drinking purposes. This canal which draws water from Naraj barrage in Cuttack and flows nearly 100 km was once the lifeline of people Cuttack and Jagatisinghpur districts. Poor people who still use water of this canal sans lack of access to the natural resource are suffering from chronic diseases,” said Sudhir Ranjan Dash, a resident of Paradip.

Scientist Padmashri P.K. Jena also called for urgent steps to fight the growing pollution. said, “During production as well as consumption of energy from fossil fuels, huge amounts of green house gases like oxides of carbon, nitrogen and sulphur along with finer particles are generated causing a lot of environmental pollution.” According to Odisha State Pollution Control Board sources (OSPCB), there are significant deviations from the standards for key indicators the biochemical oxygen demand (BOD) and total coliform  in  rivers because of discharge of untreated domestic water, industrial waste and sewage.