Once the child is handed over to members of these gangs, which pose as placement agencies, there is no end to their exploitation. 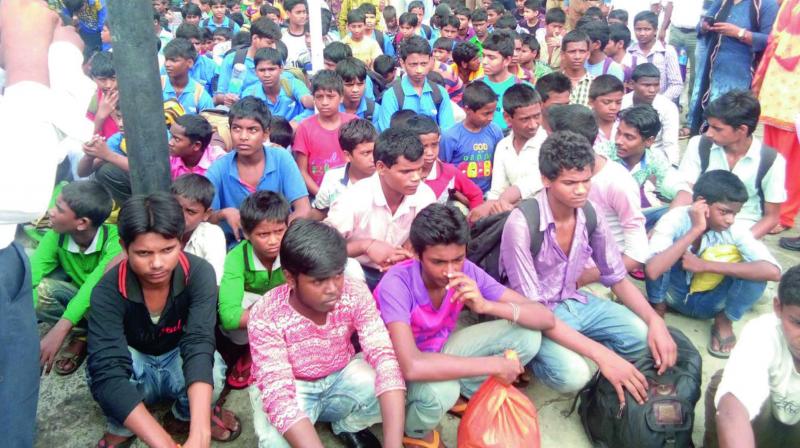 Victims of trafficking being brought back from other states to Bihar by NGO activists.

Patna: T here has been a steady increase in cases of child trafficking in Bihar, a fact accepted by the Nitish Kumar government which has launched a special drive to combat the menace which is suspected to be impacting 2,000 children every year.

Activists who have been fighting against trafficking claim that victims, including girls under the age of 18, from poor families are being pushed into slavery, prostitution and surrogacy by agents who manage to mislead poor parents with their lucrative offers of getting their children good jobs.

Once the child is handed over to members of these gangs, which pose as placement agencies, there is no end to their exploitation.

Government sources said that directions for a focussed drive against child trafficking came after activists involved in rescue operations demanded immediate action to stop the surge in such cases.

Statistics cited by Human Liberty Network — a social group involved in rescue and rehabilitation work — showed that 2,000 children disappear from the state every year.

In April, senior BJP leader Nand Kishore Yadav, who was then in Opposition, had raised a question in the state Assembly claiming that over 572 children had gone missing from various locations in Patna district in last one year.

However, not all missMr Yadav, who is now a senior minister in Nitish Kumar’s Cabinet, had cited National Crime Records Bureau (NCRB) data to point out that cases related to human trafficking in Bihar had increased in past few years.

“After I raised the issue in the state Assembly, several persons who have been involved in the racket were arrested, most of them were from Uttar Pradesh,” he said.

NCRB data shows that in 2015, 332 cases of child trafficking were registered in Bihar, the third highest in the country. Assam registered 1,317 cases and West Bengal had 1,119 cases.

Reports suggest that in 2017, around 160 persons involved in child trafficking were arrested by Sashastra Seema Bal (SSB) personnel on the Indo-Nepal border. Around 560 children were also rescued. 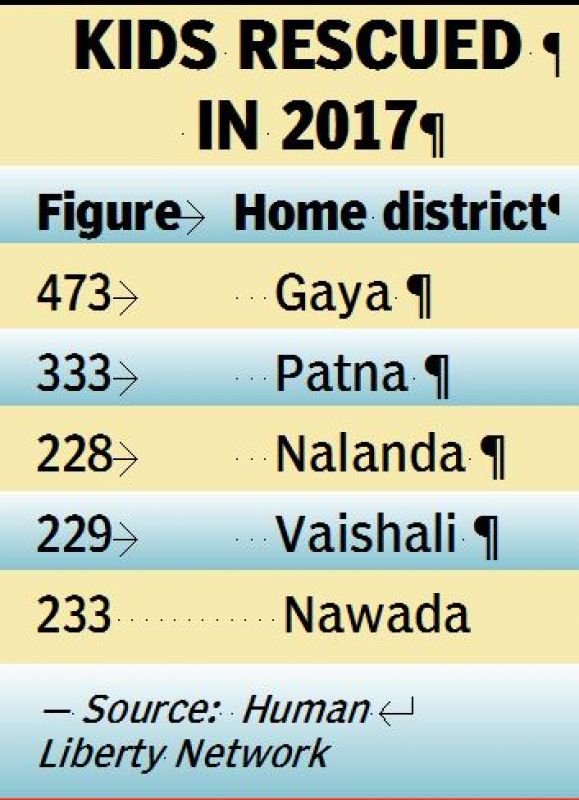 SSB personnel during their operation in 2016 had arrested 136 persons from border areas. These included 89 from Bihar and 47 from Nepal. Altogether 824 children, including girls, were rescued during this period.

According to an assessment, minor girls and women are the main targets of immoral trafficking in Bihar. Activists involved in combating child trafficking in the state recently claimed that 6,000 children from various parts of the country have been rescued in last couple of years.

“Areas surrounding Nepal border are highly sensitive. It is tough to rescue girls as they are often pushed into flesh trade by traffickers. We also found that underage boys were mostly sold to bangle and carpet factory owners outside the state and are forced into bonded labour,” activist Suresh Kumar told this newspaper.

Giving an account of an incident which occurred a few months ago, Mr Kumar said that a teenage girl from Patna was pushed into  prostitution by people who posed as placement agents.

“We later came to know that the girl was taken to Uttar Pradesh and probably pushed into prostitution. Despite all our efforts, we couldn’t trace the whereabouts of the girl,” Mr Kumar said.

In another incident, a 12-year-old girl from Nawada was sold to UP-based traffickers by her own maternal grandmother and aunt for `12,000. The girl was later rescued by a group called Tatwasi Samaj Nyas which also helped the police  arrest people who were behind the racket.

According to a recent report, a majority of victims are from Patna, Gaya, Nalanda, Nawada, East and West Champaran, Sitamarhi, Darbhanga, Madhubani, Samastipur, Madhepura, Supaul and Kishanganj.

Child rights organisations working to prevent such cases are of the view that the surge in immoral trafficking is also linked to pushing the victims into “forced surrogacy”, an emerging money spinner.

Earlier a group working against girl trafficking had rescued several victims out of whom four complained of being used as “surrogate mothers”.

Talking to this newspaper about the issue, an activist working with Human Liberty Network said, “Surrogacy racket is booming in the country. Young girls between the age of 17 and 20 are being pushed into the bearing children for others,” said the activist who helped rescue and rehabilitate nearly half a dozen such girls. 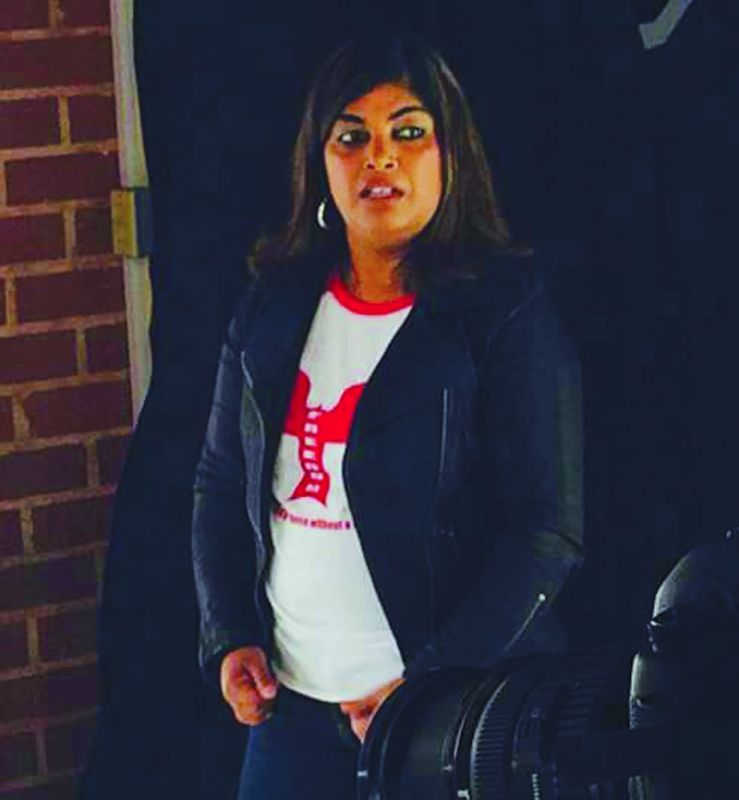 A Role model
Tronie Foundation CEO Rani Hong, a survivor of child trafficking, is a role model for all rescued children. She had earlier met Bihar government officials to launch a campaign against gangs who work as touts and exploit people, especially daily wage earners in rural areas and their children.

“I strongly believe that we need to stand up and if we can do that as a nation then we can drastically reduce, even prevent child trafficking. I want to work with the Government of India and launch a massive campaign against trafficking and slavery,” said Ms Hong.

Ms Hong was pushed into the slavery when she was just six years of age. She was kidnapped from Kerala and taken to Canada before being rescued. “I was tortured and treated like a slave and later abandoned as a destitue,” she said.

Ms Hong and her husband run special awareness drives in 20 countries, including India, through her US-based foundation. Till 2016, she served as special advisor, human trafficking, for the UN.