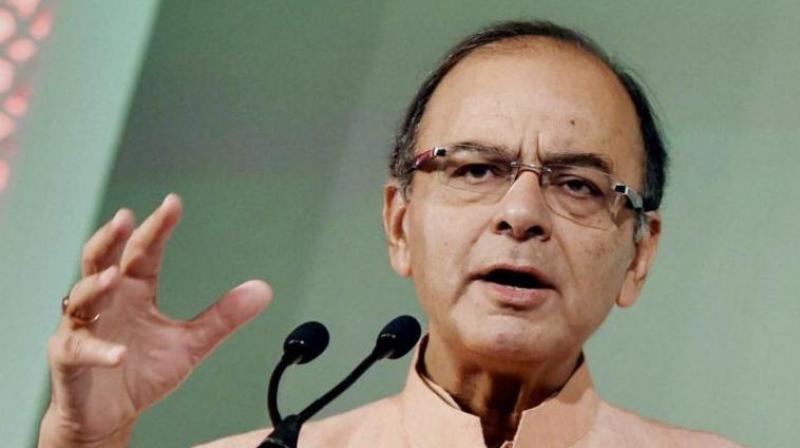 State-owned petrol pumps will give a discount of 0.75 per cent of the sale price to consumers on purchase of petrol and diesel through digital means.

Finance minister Arun Jaitley said petrol and diesel worth Rs 1,800 crores is sold per day, out of which nearly 20 per cent was being paid through digital means. In November it had increased to 40 per cent, and cash transactions of Rs 360 crore per day had got shifted to cashless transaction methods, said the finance minister. He said the incentive scheme has the potential of shifting at least 30 per cent more customers to digital payment means, which he said will further reduce the cash requirement of nearly Rs 2 lakh crores per year at petrol pumps.

All public sector insurance companies will give discounts of upto 10 per cent of premium in their general insurance policies and eight per cent in new life policies of the Life Insurance Corporation sold through portals, if payments are made through digital means. People will get a five per cent discount on digital payments for catering, accommodation and retiring rooms, among others, being offered by the Indian Railways through its affiliated entities or corporations. All railway passengers buying online ticket will get a free accident insurance cover of up to Rs 10 lakhs.

The Railways, through its suburban railway network, will provide discounts of up to 0.5 per cent to customers for monthly or season tickets purchases from January 1, 2017 if the payment is made through digital means. Mr Jaitley said around 80 lakh passengers use season or monthly tickets on the suburban railways, largely in cash, spending nearly Rs 2,000 crores per year.

The government has also waived service tax on debit and credit card transactions of upto Rs 2,000. When a customer uses a credit and debit card to purchase of goods or services, merchants are charged a merchant discount rate (MDR) by the card-issuing banks. In order to encourage merchants to accept card payments, the government has waived service tax on MDR. However, this waiver will be limited to payments upto Rs 2,000 in a single transaction. About 70 per cent of all transactions are less than Rs 2,000.

The finance minister said Central government departments and PSUs will ensure that transaction fee charges that are associated with payments through digital means will not be passed on to consumers, and all such expenses shall be borne by them. Mr Jaitley said the state governments are also being advised that they should consider absorbing the transaction fee charges related to digital payments made to them and that consumers should not be asked to bear it.

The Centre will advise public sector banks that merchants should not be required to pay more than Rs 100 per month as monthly rental fees for PoS terminals/micro ATMs or mobile POSs to bring small merchants on board the digital payments ecosystem.

Mr Jaitley said for toll payments at toll plazas on national highways using a RFID card or “fast tags”, a discount of 10 per cent will be available to users.

With 76 per cent of the old currency coming back into the banking system, Mr Jaitley warned that mere depositing of old notes in the banks will not change the money from “black” to “white”, and that tax liability would remain on all unexplained funds.

“I may only clarify that merely depositing money in the bank doesn’t mean that it changes colour from black to white. Its tax liability will still remain because what is unexplained would still remain taxable,” he said. The

RBI had said on Wednesday that nearly Rs 11.85 lakh crores out of the Rs 15.44 lakh crores junked notes were back in the system.