Earlier on Saturday, Shah made an appeal to people of all communities and religions to accept the verdict and maintain peace and harmony. 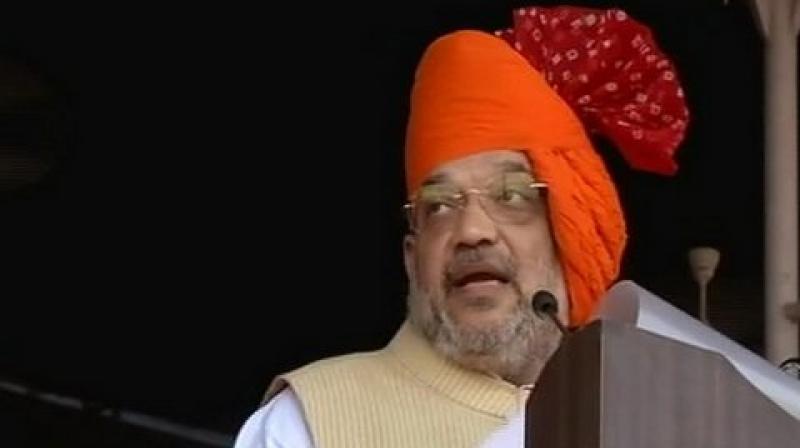 New Delhi: Union Home Minister Amit Shah spoke to chief ministers of all states in the country to review the security situation after the Supreme Court pronounced the verdict in the Ayodhya title dispute on Saturday.

According to sources, the Home Minister requested the chief ministers to take the required measures to maintain law and order.

Earlier on Saturday, Shah made an appeal to people of all communities and religions to accept the verdict and maintain peace and harmony.

"I welcome the unanimous decision of Supreme Court on Shri Ram Janmabhoomi. I appeal to people from all communities and religions to accept the verdict and stay committed to 'Ek Bharat-Shestra Bharat' having peace and harmony," tweeted Amit Shah.

"I firmly believe that the historic verdict given by the Supreme Court will prove to be a milestone in itself. This verdict will provide strength to unity, integrity and great culture of Bharat," he said in a subsequent tweet.

"This has given a final shape to the legal dispute that went on for decades. I thank the legal setup and Judges for the same," he tweeted.

"I am grateful to those who have strived for the legal verdict, all institutions, Saint community and uncountable unknown people who strived for it for years," another of his tweets read.

The Supreme Court on Saturday directed the Centre to make necessary arrangements for the construction of a temple at the disputed site by forming a trust and give five acres of suitable land to Sunni Waqf Board for a mosque at an alternate location in Ayodhya.