The pollution remained the same due to the light rain and cloudy sky accompanied by the slow speed of winds on Friday. 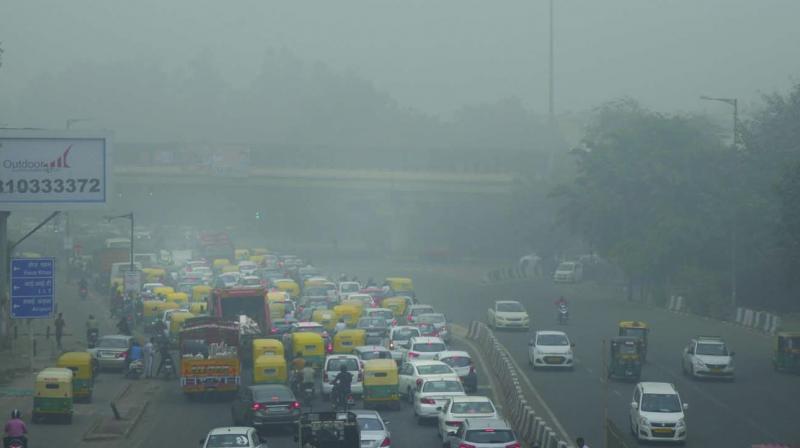 New Delhi: The air quality of the national capital remained under the ''very poor'' category for the second consecutive day on Saturday.

According to System of Air Quality and Weather Forecasting And Research (SAFAR), the overall Air Quality Index (AQI) of Delhi docked at 335 at 8:30 in the morning.

The pollution remained the same due to the light rain and cloudy sky accompanied by the slow speed of winds on Friday. "The overall Delhi AQI is in the 'very poor' category. Isolated drizzle, cloudy conditions with calm winds prevailed yesterday instead of expected good rain, prevent boundary layer growth and lead to the accumulation of local emissions," stated SAFAR.

The organisation also predicted that a marginal deterioration to the higher end of the very poor category is expected by November 10. No drastic slip in AQI is expecting for the next three days.

The Center-run SAFAR has advised people to reduce prolonged or heavy exertion. "Take more breaks and do less intense activities. Asthmatics, keep medicine ready if symptoms of coughing or shortness of breath occur. Heart patients, see doctor, if get palpitations, shortness of breath, or unusual fatigue," it said in an advisory.